Concept cars at motor shows are just a day at the office and Alfa Romeo did more than just the usual when they rolled the covers off their latest Alfa Romeo 4C Concept in Geneva. Making its debut at the recently concluded show, Alfa Romeo called the 4C a ‘compact supercar’ which comes with Italian style, performance and driving pleasure as well as safety elements. This naturally is a 2 seater, rear-wheel drive coupe with a center located engine.

Basically, they created a compact car which is just about 4 meters long and the design focus here is on the compactness of the vehicle so as to ensure that agility could be preserved. While most concepts are new models, new designs and new technologies, Alfa Romeo decided to ‘borrow’ these elements from what they are known for.
They have used technology and materials from their 8C Competizione model and technology was adopted through their currently production models. It is powered through the direct injection, 1750 turbo petrol engine mated with the twin dry clutch transmission known as the ‘Alfa TCT’.

The 8C Competitzione is where the car gets its rear-wheel drive system from and if you get it from a model in the supercars category, then you know that performance here would be top notch. Using a lot of carbon fiber, it meant that the 4C is lightweight and strong while its engine gets more than 200 horses. This is the same engine being fitted in the Giuletta Quadrifoglio Verde which is already in production. The Alfa TCT gearbox is also sourced from a production model, namely the Alfa Romeo MiTo, one of the most affordable compact cars in Europe currently. This engine gets you from zero to hundred in slightly less than 5 seconds and with its high quadrilateral suspensions for the front and MacPherson struts behind, it seemed all set for superior handling and performance.

Basically, if you are looking for a sporty car which is fast and yet do not compromise in performance, especially since it is a small framed body, then this could well be giving the likes of the Fiat 500 and the Mini Coopers a run for their money. And to make it more interesting, they will be sending this into production and will start rolling out for sale next year. 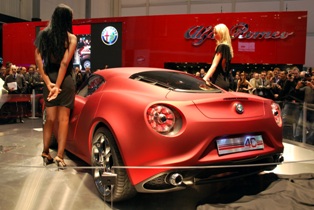 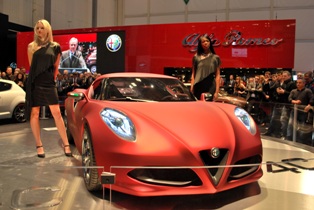 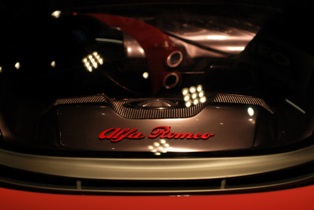 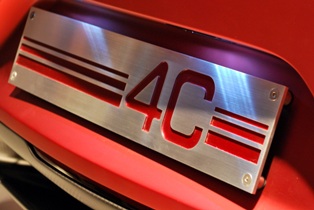