Italian automotive giant Fiat is always churning very exciting cars and models and through collaborations with the likes of Abarth and they have again roll out another for the upcoming Paris Motor Show.

This time, it comes in the form of the Abarth Fuori Serie or Special Production and it will involve the Abarth 695 model.

There will be 2 models lined up for this which is the Heritage and New Wave where the former is designed based on its previous models which broke records and those that has brought glory to this model while the latter is based on the supercars of today.

Images will tell that the Fiat ABarth 695 Fuori Serie is creatively designed while they also come with customisable interiors. This include the trim levels while you also get personalised plates. It is also equipped with its own JBL audio system designed specifically by Harman-Kardon for Abarth.

This is not the first time that Abarth used motifs of other supercars and it was seen in the 695 Tributo Ferrari and Maserati that came with the 1.4 liter turbocharged engine. This one gets the same treatment. Apart from that, they also come with a Record Monza dual-mode exhaust system, Sabelt seats as well as carbon-look body parts. 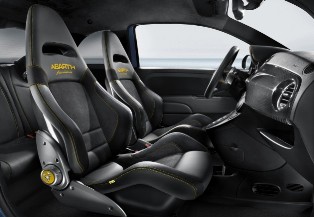 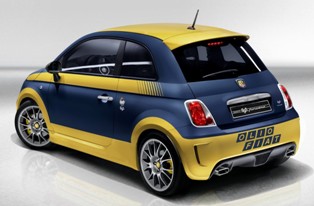