The on-going crisis involving Lotus Racing seemed to be going to the next level and would conclude pretty soon if all parties are satisfied. This came in the latest report where Lotus Group announced their acquisition of the Renault Formula 1 team and will be competing in next season’s Formula 1 World Championship under the Lotus Renault F1 team name.

The issue is on how the new name would implicate the current Lotus Racing team led by Air Asia boss Datuk Seri Tony Fernandes. He had recently acquired Team Lotus Ventures Ltd and announced that Lotus Racing will be competing next year as Team Lotus, which did not go too well with Proton, the owner of Lotus Group.

Lotus announced the new team name yesterday which put Fernandes’ team in a limbo on what would the team do for the next season as there now exist a ‘Lotus’ team already. Fernandes however has claimed that the announcement made by Lotus-Renault on their black and gold livery was trying to hijack Team Lotus’ idea. He said that Dany Bahar, the Chief Executive Officer of Group Lotus had instead done them a favour. Mike Gascoyne, the Technical Chief of Team Lotus echoed Fernandes’ sentiments and is adamant that they will still go forward with the Team Lotus name.

From Group Lotus’ point of view, Bahar seek to diffused the growing dissatisfaction between the 2 teams claiming that the whole issue was blown out of proportion by the media and if the 1Malaysia Formula 1 team (the original name for Team Lotus) is to press ahead with the name and with Lotus Renault F1 team confirming their new brand, it would greatly benefit the brand image. After all, if that is what is going to happen, with 4 cars on the great, it would surely be better than having only 2. 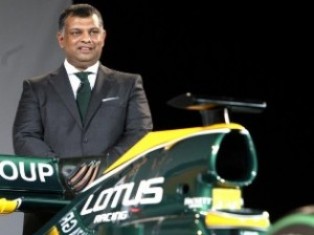 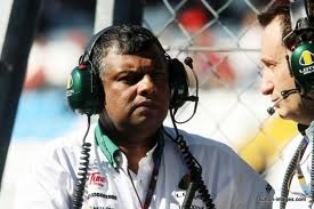