As the 2011 season of the Formula 1 World Championship in the horizon, the issue of the Lotus name has yet to be resolved and set to continue well into the season as national car maker Proton Holdings Berhad has slammed 1MRT (1 Malaysia Racing Team) for asking for between £22 million to 37 million in order to settle the issue out of court. Proton claims that 1MRT had asked for the exorbitant fees which will supposedly cover the latter’s purchase of Team Ventures Ltd that holds the rights to the ‘Team Lotus’ name reportedly to be around £5million.

Team Lotus led by AirAsia boss Datuk Seri Tony Fenandes had wanted the amount to also cover the cost to develop a new brand if they are to stop using Lotus and also for the loss of income from their merchandizing, marketing and sponsorships. According to Proton, they have only agreed to pay 1MRT the £5million reported to be paid to buy the Team Lotus Ventures and nothing more because the national car maker should not be held responsible for any of the indirect costs incurred by 1MRT that could have been avoided.

This came in the wake of recent interview where Fenandes claimed that Proton had rejected £6 million offer by Proton to 1MRT to stop using the ‘Lotus’ brand in the upcoming season. Otherwise the there would be 2 teams that will be racing using it namely Proton’s ‘Lotus Renault’ and ‘Team Lotus’ owned by Fernandes. Proton also said that the proposed settlement amount was a ‘fair’ one because they are not liable for the ‘commercial misadventures’ of 1MRT. They are also still open for discussions with 1MRT for an open court settlement but the amount proposed by 1MRT has been very unreasonable.

The whole ‘Lotus’ saga came under the spotlight after Proton pulled out their sponsorship from 1MRT after the recent purchase of Team Ventures which claimed to have the rights to use the ‘Team Lotus’ brand owned by former world champion David Hunt. Proton claimed that the purchase was not endorsed by them and hence they do not agree to the change of ‘Lotus Racing’ to ‘Team Lotus’ for the upcoming season. Proton eventually acquired the Renault F1 racing team to mount a separate challenge under the ‘Lotus Renault Racing’ banner. 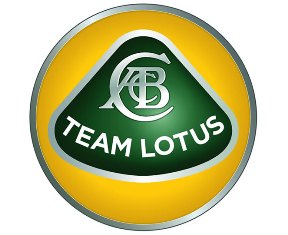