Skip to content
Auto.my – Car News & Classifieds
/
2 versions of the 2012 Toyota Prius available now with the Prius C on the way

Good news for those of you who are planning to purchase the Toyota Prius as there are now 2 versions available for the Malaysian market.

This is where you will be able to choose between the standard Toyota Prius which will be sold for RM143,000 while they will also be selling the Luxury version which is at RM148,000.

UMW Motors Malaysia, the Toyota distributor of Malaysia reported that the ‘New Prius’ is coming soon where it is going to be the facelifted version of the one that was sold last year. There are not that much changes involved apart from the aesthetics while under the hood, the 1.8 liter 2ZR-FXE Atkionson cycle engine with Hybrid Synergy Drive system is pretty much the same. Apart from that, you get 7 airbags, EBD, brake assist as well as the TC (Traction Control) and cruise control too.

In the new Prius, you will get the 6.1 inch touchscreen display which controls the connections like Bluetooth and the audio system which is powered up through an 8 channel amplifier and 8 JBL speakers. Furthermore, you will also get the halogen projector lights up front while the Luxury version gets you LED, leather seats and an electro-chromatic rear view mirror. The new Pruis also comes with daytime running lights, pretty much a pre-requisite these days. Meanwhile, the cheaper version of the Prius, namely the Prius C is on the way as well. 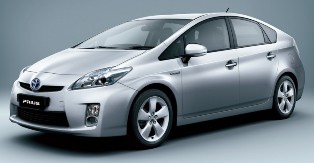