Skip to content
Auto.my – Car News & Classifieds
/
500 units only Honda Civic Ti – made like a race-car only for the UK

Now this is one model which will surely not make it to our shores as it is made only for the UK market. Honda UK recently launched the Honda Civic Ti which typically is a limited edition model of the currently selling European Civic hatchback. For all that matters, this model draws its design from the car which Honda is using to compete in the BTCC (British Touring Car Challenge). Now being a limited edition model, they will be only making 500 units of this so called ‘race-car looks’ model with a drivetrain developed based on the 1.4 and 1.8 i-VTEC SE and a new Pioneer Navigation Multimedia System.

This edition comes powerpacked with ‘high-spec’ interior equipment which Honda UK put in some £3,700 worth of extra equipment as compared to the stock model. It comes with a specially designed 17-inch ‘Pro Race’ wheels designed by Team Dynamics which is the partner of Honda Racing in the championship. It is also fitted with a customized front and rear spoilers, skirts on the sides as well as on its rear on its Premium White Pearl body colour and matt black wheels. Nice touch there. 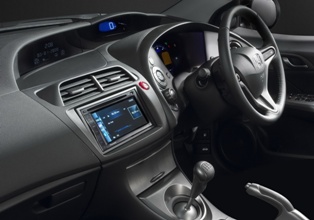 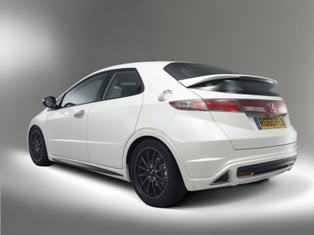