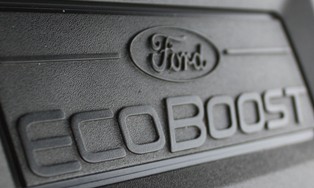 6 new Ford models planned for Malaysia for next 18 months

For all you Ford lovers out there, Ford Malaysia recently announced that they are planning to roll out 6 new models in the next 18 months.

They recently changed their tagline to ‘Go Further’ and this seems to be what they are planning to do with Malaysia being one of their priority markets in the region of South East Asia and is regarded as one of the important markets for the world as well.

After all, Ford’s performance for 2011 was one of the best they ever experienced and hence, they are looking to keep the momentum going. With 7,188 vehicles sold, it constituted an increase of 145% from the year before and from this, 4,297 units are Ford Fiestas. On top of that, they also recorded increased sales for the Ford Focus and the Ford Ranger models respectively which are expected to be replaced pretty soon. The 2 replacements will be part of the 6 models set to be introduced although they are keeping mum on the remaining 4.

However, what is known is that there will be 8 new powertrains which will involve their award winning EcoBoost technology and diesel versions. To accommodate the rising demand, they will be adding in 5 new showrooms for this year.