Anyone who have seen the Alfa Romeo MiTo would like this car. This is because its looks good, drives well, handle very nicely and is quite worth its price. And to further expand its popularity, Alfa Romeo has announced that their new 2012 version will be fitted with a new engine and will soon be available in the UK through it 52 dealer network in the next coming months.
In the UK especially, Alfa Romeo is going full speed ahead with its promotions following its strong and positive sales since the year started and apart from the new looks and more powerful engine, they have also included more deals for buyers in the UK which will make owning the MiTo easier. But that is in the UK and it might not apply here but one can dream right?
From its previous 17 versions, there would only be 9 in this new 2012 sports compact model. This is where they have now come up with a Sprint trim to replace the former Turismo and Lusso trims respectively. The Progression trims are the entry level models while they have also phased out the Veloce and Cloverleaf models and in comes the Distinctive and Quadrifoglio Verde models respectively. In the UK, the Progression model starts at £12,250 OTR which comes with a 1.4 liter engine while the 1.4 TB MultiAir Quadrifoglio Verde model starts at £17,955 OTR.
Of course, being the more premium models meant that you get more cool stuff with the Distinctive and Quadrifoglio Verde trims where they have also included sports pedals, parking sensors at the back as well as a cruise control system. The engines have since been changed where the Progression and Sprint models now come with the 78 horses 1.4 8v engine while the 1.4 MultiAir 105 horsepower engine is fitted in the Sprint or Distinctive trims. Apart from that, they have also pushed out a new body colour (as seen in the pictures here) known as the Metal Bronze which some might have seen recently in Geneva. On top of that, they have also included a Sprint Bronze upholstery made specifically for the Sprint and Progression versions. 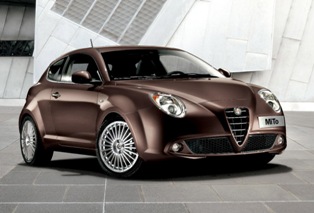 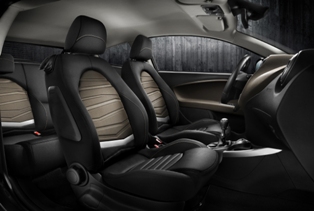 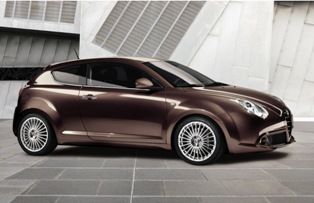