Apprentices make the B55 with 380 horses

Apprentices make the B55 with 380 horses

This is quite a ‘cute’ car I must say although you might not quite believe its power. This new Mercedes-Benz B55 is typically a rear-wheel drive model which is made and developed by a group trainees at the company’s Rastatt plant. Now that means that this B55 wonder is fast and looks very good but it is only a one-off project, so there are no plans for a production version currently. The B55 weighs at 1,620 kilograms which is about 180 kilos more than the original and the team believe that it could get from zero to hundred in something below 6 seconds although none of this is confirmed yet.

The group of trainees were made up of 12 second and third year apprentices under the stewardship of Andreas Wurz who is from the technical vocational training department together with Matthias Rieger from the electrics/electronics installation department. The trainees are undergoing training to specialize in production mechanics and automotive mechatronics with Mercedes-Benz. The basis of the training was done on a B-Class model, the B200 CDI where the team dissembled the car entirely where Wurz used the most appropriate engine he could use, the 5.5 liter V8 engine.

The engine gets you up to 388 horses and 530Nm of torque paired with a 7 speed automatic transmission gearbox. For comparison the original B200 CDI was a front wheel drive model and the team then ‘transferred’ the B55 onto a rear-wheel drive system for better handling. Wurz said that the team found that fitting the V8 unit was perfect as they could even use the engine mounts without having to change anything but found that the main problems were with the steering which they eventually found the solutions with some modifications.

They also got the help from their plant in Sindelfingen for the insides where they got some nice looking Alcantara linings set up for it’s A, B and C pillars that also included the roof liner. Johnson Controls specialists helped them out with the seats while they also did the painting in-house. Typically, this car looks so ‘innocent’ with its white body but only when it is revved up that you know just how fast it could go. But then again, with a result like this coming from determination and belief, this could be just what the people in companies like Proton and Perodua should conjure up with and perhaps think about. 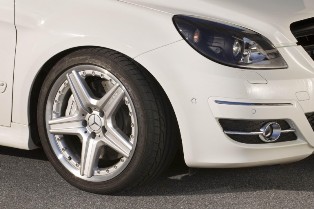 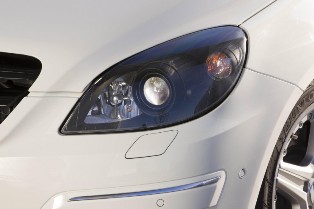 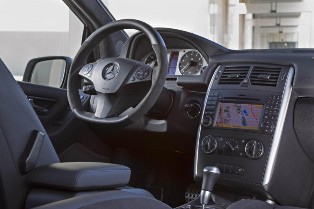 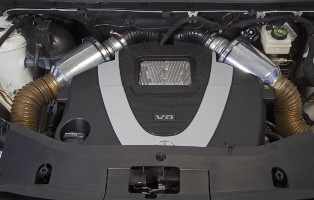