German automotive giant Audi recently took the covers off their upcoming A6 Sedan 2012 and this was met with quite a fanfare after the recent success of the A8. The mid-range sedan model will be made with 6 variants globally of which 2 are powered up with standard petrol while 3 would use diesel and one hybrid model. Now that’s what it means to have all corners covered.

Scheduled to start selling anytime soon, this new sporty and lightweight model comes with good power and performance as well as a series of state-of-the-art technologies to ensure an optimal driving experience. The body of the car is made primarily of aluminium and high-tech steels which means that it has quite a strong body structure while not compromising on performance as it is light. LED headlights are fitted in the new A6 which is one of their technologically innovation which makes it similar to daylight. The LEDs are used for both low beam and high beam lighting and using only 40 watts of power for low beam, it is energy efficient.

Measuring at 4.92 meters long, 1.46 meters high and 1.87 meters wide, the car is made with a logical ergonomical concept where in the cabin you will get the latest MMI radio operating system as well as optional ventilation and massage features for the front passengers. Alternatives are also available where you can choose to include the MMI Touch Operating System which typically is a navigation system using a touch pad as the control center. Apart from that, they have also included a Google powered navigation system, a result of a joint-project using Google Earth for navigation purposes.

Under the hood, as mentioned there would be 5 engines and 1 hybrid which gets you between 177 and 300 horses respectively. All the engines are renowned for their efficiency and fuel economy as they have included Audi’s trademarked start-stop system, the thermal management system and its energy recovery system as well. This according to Audi has reduced greatly the fuel consumption of the new model where the 2.0 TDi, which is the most powerful among the range goes on an average of 4.9 liters per 100km, emitting only 128g of CO2 per km. The upcoming hybrid model however is not available yet but once it is, it will come with an electric motor to complement its 2.0 TFSi engine that only uses 6.2liters per 100km. 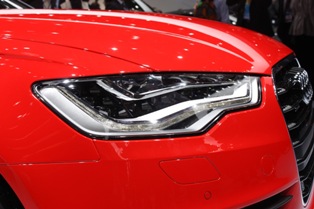 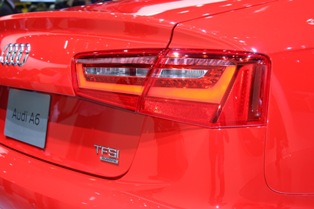 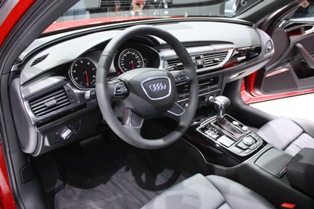