It seems that General Motors is very serious about entering the Chinese market with the announcement and launch of their new Baojun 630 mid-sized sedan model which would be contenting against the likes of the cheaper and more affordable sedans in the market. Unveiled at the Shanghai Motor show, they will start selling the new model after the show. This means that come the end of April, the Baojun 630 will be seen anywhere around China which is high time for affordable sedans to be rolling out on its streets.

Generally, it is very much a basic sedan car which GM describes it as coming with a ‘user friendly’ style and equipments which is what the Chinese customers are looking for. GM also said that despite it being made only for the Chinese market, they have included global design elements so that the car remains relevant and practical to its drivers. The name was first announced last November and it was only now that the Baojun went public.

Basically, it is a car developed and made in China for the Chinese market utilizing the expertise and technology from GM. It has a wheelbase of 2,640mm and is positioned as a practical and spacious sedan. Under the hood is a 1.5 liter DOHC engine that gets you up to 108 horse and fuel consumption is at 6.9 liters per 100 km. safety features include ABS, EBD, reverse sensors and safety seat fasteners.

The car is a joint project and manufactured by China GM and Shanghai Automotive Industry Corporation Group together with Wuling Motors where they are looking to target the young drivers in China in the second and third tier countries.

With a pricing strategy of around USD10,000 to USD 15,000, it will surely appeal to those who are not keen to spent too much on their vehicles which is one market segment growing rapidly across China. The word Baojun means ‘treasured horse’ will start selling very soon throughout its 150 dealership network all across China. GM also announced that they are looking to expand this network and double the numbers of showrooms by the end of 2011. 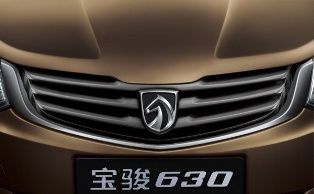