Japan automotive giant Honda put on show their latest concept of the ninth generation Civic at the recent NAIAS (North American International Auto Show) where the concepts of the highly popular Civic in the shape of the coupe and sedan to go into production pretty soon. The Civic Coupe particularly sort of reminds one of the Accord Coupe released recently while the sedan still carries some of the design language found in the 2011 Civic.

The 2012 Civic Si Coupe and Civic Sedan versions created quite a buzz with their new design direction and according to John Mendel, the executive vice president of sales for the company’s American branch said that the new redesigned model is built and developed based on the tradition and legacy of the Civic which is very well known for providing the balance of ‘just right’ driving, affordable and superior fuel economy. Calling it the ‘best Civic yet’, it also carries the tag of being the ‘Civic for all people’ which was first envisioned since its first generation. Honda intends to keep true to this tag and to do that with their ninth generation, they have come out with a wide choice of engines.

There would be a conventional, petrol powered coupe and sedan models, 2 Si models (which supposedly is more sporty) a hybrid as well as a natural gas version. The engines would come with the well known i-VTEC (intelligent Variable Valve Timing and Lift Electronic Control) system which they have enhanced in terms of fuel efficiency while the Hybrid models comes with IMA (Integrated Motor Assist) technology. Eco Assist technology too will come with most of the Civic models which currently is being fitted in the already selling Honda Insight and Honda CR-Zs respectively.

In terms of safety, Honda will be including a range of world class and accepted features which comes with VSA (Vehicle Stability Assist) as standard while the ACE (Advanced Compatibility Engineering) body structure too is included. Comparatively, the sedan version would look ‘less aggressive’ as compared to the coupe Si as the latter gets you some nice looking 19 inch alloy wheels with a center-mounted exhaust outlet as well as a rear deck lid spoiler. The confirmations are not out as yet but you can surely expect the new Civic to go very well with Honda enthusiasts as this is the very model that has often epitomises the on the road sporty persona for so long. 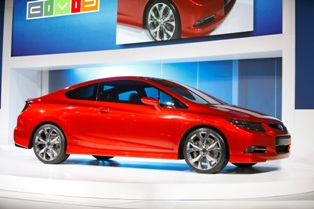 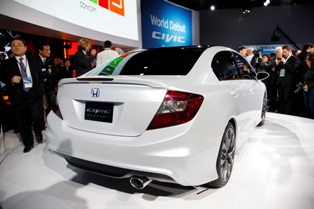 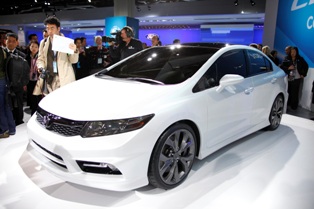 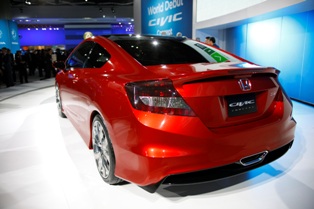