BMW Malaysia recently launched the new BMW 6-Series Convertible. Priced at RM868,800 this will be the only variant from BMW for this segment. The price include the BMW Service Inclusive + Repair where it is powered up with the 3.0 liter turbocharged inline 6 engine and mated with an 8 speed sports automatic transmission gearbox. This is where you get up to 320 horsepower and 450Nm of torque from 1,300 – 4,500 rpm. Translated into acceleration, the F12 gets from zero to hundred in only 5.7 seconds and top speeding at 250km/h.

It is also fitted with the new EfficientDynamics system that also comes with the widely popular Auto Start & Stop system which is where the engine shuts itself off when it is idle and re-activates when the driver lifts the foot off the brakes which is mainly preferred as it burns less fuel. This according to BMW records fuel consumption at 7.9 liters per 100 km. Apart from that, it is also fitted with the Integral Active Steering system which typically is a 4 wheel steering system that provides more agility when driving.

The Driving Dynamics Control in this model is where the driver could chose between driving in either the Normal, Sport and Sport + modes which skew the engine and response and accommodates in terms of roll control, gearshift dynamics, DSC and electronic dampers. It is known as a 2+2 and one must not mistaken it for a 4 seater vehicle as the rear seats does not necessarily reflect that they are meant for full size adults. Inside the car, you get the SunReflective leather upholstery which is good for driving when the top is down as it is made to absorb less heat. In terms of space, it comes with a 350 liter boot space with the roof taking only 19 seconds to fold and 24 seconds to open up.

It also comes with BMW’s trademarked iDrive system in its 10.2 inch center console display which also houses the BMW ConnectedDrive and the Navigation System Professional. This means you basically get internet access (when the car is not moving) as well as the standard Heads-Up Display and Night Vision systems too. 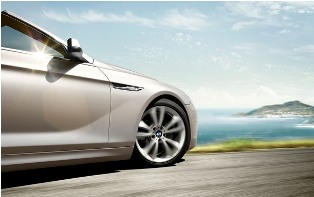 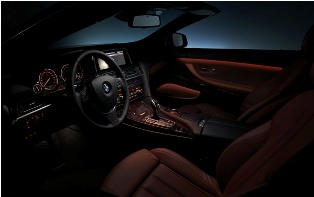