Skip to content
Auto.my – Car News & Classifieds
/
BMW i8 to go topless through the i8 Spyder concept in Beijing

German automotive giant BMW will be unveiling the BMW i8 Spyder Concept at the upcoming Beijing Motor Show.

This is where the topless i8 will be the newest addition to its other ‘younger’ siblings of i3 and i8 concept which were recently shown at the Frankfurt show where the latter was the one seen in the Hollywood blockbuster Mission: Impossible: Ghost Protocol starring Tom Cruise.

The Spyder Concept meanwhile is made for fuel efficiency and while it is a truly sports car, it will not drink fuel like one. In fact, it is comparative to that of a compact car and is slightly smaller than the standard i8. This one will come with the LifeDrive architecture where it is typically a plug-in hybrid vehicle that is fitted with a combination of electric motor power with a petrol combustion system.

Apart from that, you also get the very cool looking and fully functional upward-swivelling windowless doors while the lithium-ion battery pack can be charged through the standard power socket from the homes. Both the engine and motors are developed by BMW and it takes only 5 seconds to reach the century mark. As mentioned, the most impressive factor is the fuel consumption where it records at 3 liters per 100km. 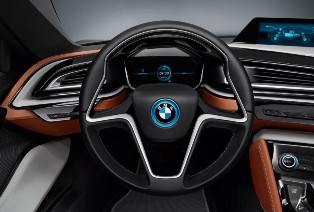 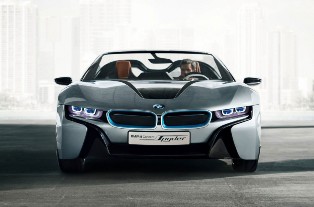 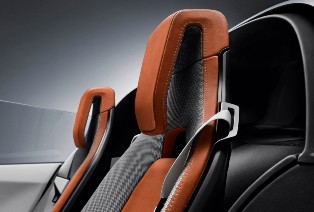 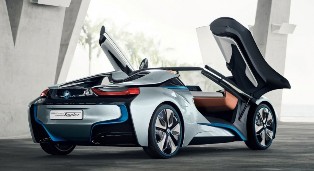