BMW recently showcased their new F10 M5 concept at the Shanghai Auto Show 2011. This is supposedly the fifth generation model of the M5 although it is currently still in the concept level. According to BMW, they might be rolling off the production version of their new M5 this coming September at the Germany’s Frankfurt Motor Show and you can expect the mass version then to stick quite closely to the concept one you see here. They have yet to release more information about the specific engine so at the moment, what we know is what we have been told. But come July or August, there would surely be more details following suit.

If that is the case, that means they will fit the new M5 with the new TwinPower turbocharged V8 engine paired with the dual-clutch transmission gearbox that comes with the M Drivelogic throttle response system. They will also be putting in the auto start & stop system which is widely known and used for fuel efficiency. The previous generation M5 came with a V10 engine but this one comes with turbochargers and it also do away with the 8 Speed ZF gearbox which was fitted in the X5 M and X6 M. In terms of size, it quite a big car what with the 20 inch alloys underneath and they have also added the new Active M Differential system which is supposedly made for the new M5. This is used to control the multi-plate lock located inside the rear diffuser so that the appropriate power could be transmitted to the correct rear wheel.

It is also fitted with the Nurburgring-tuned suspension system which means it handles excellently and this one comes with a less aggressive look. The new M5 will be a rear-wheel drive system car, very much like all the M5s previously and they comes with 20 inch alloy wheels. Outside the car, you will notice that they have up the ante with better aerodynamics. It comes with a rear spoiler for better downforce as well as a functional rear diffuser used to engage the 4 chrome tipped tailpipes in the rear. They have also put in a more aggressive front bumper with this one which is completely different from that of the M-sport F10. 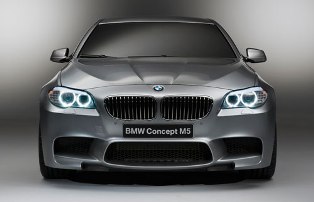 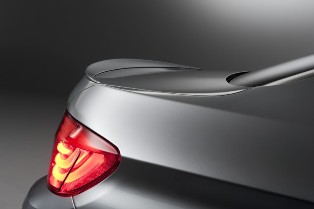 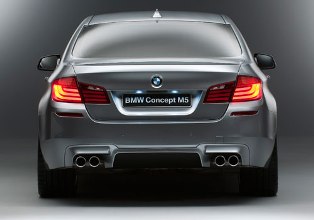 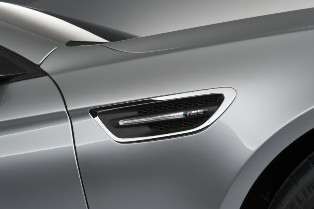