It seems that more companies have hoped onto the crossover segment after the likes of Mitsubishi with their ASX and more recently, Subaru with their XV Concept. And now General Motors too have joined in the fun with their new Buick Envision SUV Concept where it made its global debut at the Shanghai Motor Show. It supposedly represents the company’s new direction of incorporating future ideas and technology and Buick has used its global design language and combined wit with the Chinese aesthetics in the new model.

The new Envision comes with the PHEV plug-in hybrid system made popular and created by GM and was developed by Shanghai GM and PATAC (Pan Asia Technical Automotive Center). The Envision is made to promote performance, strength and elegance incorporated. It comes with a 2 layer waterfall grille made famous by the Buick brand with a tri-coloured shield insignia on the front end. It is also fitted with some very traditional Chinese patterns in the headlights.

Under the hood is the 2.0 liter SIDI intelligent direct injection turbocharged engine paired with 2 electric motors and controlled with a dual automatic/manual 8 speed transmission gearbox. Alternative energy could be sourced through the lithium battery as well as energy that comes in from the solar roof.

Rubbers come with 22 inch tyres while they also made a one-piece roof that looks somewhat like an arching bridge. The sculpture like body gives the impression that the SUV is smaller than it looks although it is very spacious. Made with the passengers in mind, the car is also fitted with a 350 degrees all-round integrated design inside with a floating sculpture in the front seats.

As Chinese as this could get, they also applied the ‘yin and yang’ concept onto the door colours with a 2 tone blue and white colours. In terms of being people-oriented, it comes also with the Bluetooth DUN Intelligent Internet system where passengers could use their smartphones and get online. The futuristic element here also include using 3 micro-cameras instead of the standard rearview mirrors. Images captured are then transmitted to the dashboard information panel where it also shows other information like fuel consumption, speed and navigation data. 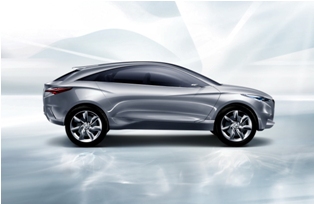 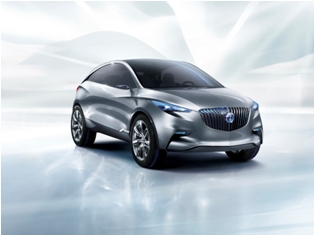