Skip to content
Auto.my – Car News & Classifieds
/
Check out the 1926 Rolls-Royce Phantom 10EX to be auctioned off

Now this is something which is quite cool. The world’s largest collector car auction house, RM Auctions has announced that they will be auctioning off a selection of classic cars at the upcoming Salon Privé luxury car show and Concours d’Elegance which is scheduled for 23rd June.

The auction will be held in West London in Syon Park Estate where there will be some really cool classics coming under the hammer that includes Aston Martin, Rolls-Royce and the likes.

According to the Managing Director of RM Europe, Max Girardo, the company worked to put together a list of British classic cars to be auctioned off in a ‘boutique’ style auction and it will be quite a show for anyone wanting a piece of the British heritage that rolled out of the plants during the pre and post war times.

The 1926 Rolls Royce Experimental Phantom 1 Continental is believed to be the star of the show. The 10 EX was the brainchild of Mr D Claude Johnson who was the Managing Director of Rolls-Royce at that time where he called for 10 units of the Phantom 1 to be built. It would then be made with the ‘torpedo’ sports body and was then named the ‘CJ Sportscar’ in honour of him.

The prototype was to be built to offer super speed with a lighter body and a lower steering column and when it was finished many deemed it to be the first Rolls-Royce sportscar. After that, they came up with the 15 EX, 16 EX and 17 EX which were all built based on this design.

The 10 EX chassis however was the only one kept by Rolls-Royce Motors for 6 years and was the only test car unit then. At that time, it was capable of top speeding around 95mph and then went on through various modifications and at that time, 95 was considered to be extremely fast. While the car remains experimental, it could well be the blueprint of what sports cars are made of today. 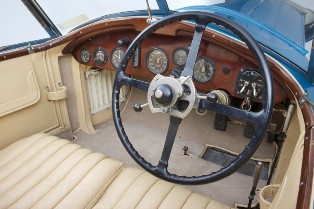 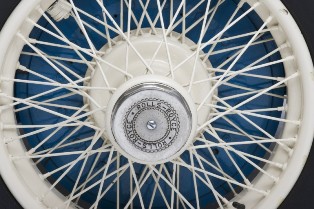 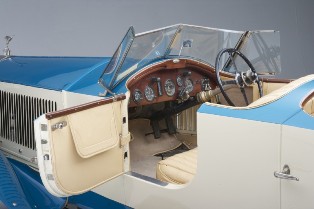