If you are a big fan of the Transformers and had quite wondered what the blue Chevy was, the character name is Jolt and it is the 2011 Chevrolet Volt from GM (General Motors). It was first unveiled back in the 2007’s edition of the Detroit Auto Show and is one which is pretty much known for its advanced technology. The Volt is produced as a 4 seater compact hatchback model and is a plug-in hybrid vehicle.

GM calls it the extended-range electric vehicle where the Volt runs on electric for the first 25-50 miles only powered up from tis battery pack that will get the car up to 160kilometers. After that, when the battery pack uses up 65% of its power, the petrol engine will automatically be activated which in turn will generate power for the battery. According to GM, the Volt is positioned as a mid-sized sedan model but measuring at 177.1 inches long, it is still smaller than its sibling, the Chevrolet Cruze which is the platform the Volt was built on.

Inside the Volt, you will be able to seat 4 adult passengers quite comfortably although the aerodynamics meant that it might be a bit small for more head room and hence once might feel a bit stuffy inside for a mid-sized sedan. Options inside the car includes leather seats which will give it quite a more luxury persona as the textile interior makes it look a bit ‘cheap’. There are 2 7 inch LCD screens on the dash with the first placed in front of the steering wheel for the driver, keeping you informed of all you need to know like fuel left and the tachometer. Control of the screen is done through the steering wheel mounted controls. The other screen is placed on the center console place of the dash which gives you the navigation information as well as entertainment and climate control.

Under the hood, you get the 1.4 liter, 4 cylinder engine that only gets you up to 84 horses which is pretty low for a car of this stature but being a sort of hybrid vehicle, usually you would not expect it to be an acceleration devil. With hybrids being the name of the day of the Malaysian automotive industry these days, and the recent changing of ‘ownership’ of Chevy cars here, it might not be too surprising if they decide to bring in the Volt. After all, according to GM, this is the ‘more car than electric’ model and might just be in line to go against the likes of Toyota Prius, Honda Civic hybrid and the recently launched Honda Insight. 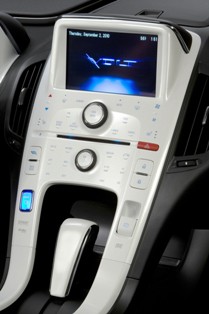 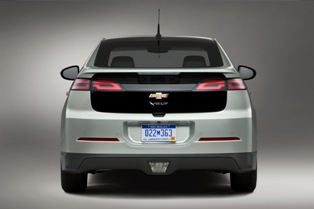 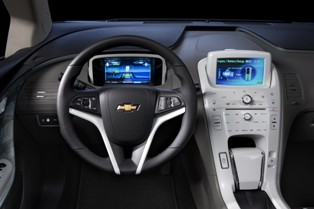