As with most American automotive brands, Chrysler put on show their new 2011 Chrysler 300 sedan at the Detroit Auto show recently. This new model marks the new course for the brand and with the label of being the ‘most award-winning car ever’, Chrysler surely has quite a reputation to keep up to.

Of course, when you have been in the business for 55 years, whatever you do and plans to do will surely be watched. According to Olivier Francois, the president and CEO of Chrysler for Chrysler Group LLC, the new 300 is made to live up to its iconic brand for America and was designed for ‘streets, highways and boulevards of the world’. The design of the new model was contemporary and some ‘surprises’ which usually are not found around cars of this category.

In front of the car, they have put in an all-new grille while a deck-lid lip spoiler is also fitted in the rear. Inside the car, they have put in nice authentic materials to develop and express a more stylish persona with Nappa leather seats which are ventilated provided. These seat are also heated and real wood appliqués are used for the doors, the center console, the steering wheel and the instrument panel.

The new 300 is a totally ground up redesigned model and this would be the second generation E-segment answer from Chrysler. The suspension system has been developed to match that from the grand-touring luxury sedans from its European competitors. They have included and AWD (All-Wheel Drive) system which gives the handling and traction control quite a boost. 19 inch wheels are fitted into this one with P235/55R19 rubbers wrapped around them.

Under the hood, they have put in the newly developed aluminium 3.6 liter Pentastar V6 engine that gets you up to 292 horses. This, if compared to its past V6 models come with an improved fuel economy of up to 8%. A higher version is also made available where the top of the range Chrysler 300C is fitted with a 5.7 liter HEMI V8 engine that takes only 6 seconds to get to the century mark from its 363 horsepower engine. Standard features are also included while Chrysler also put in some new high-tech systems as well like the Rain Brake Support and Ready Alert Braking features. 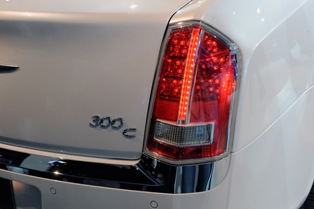 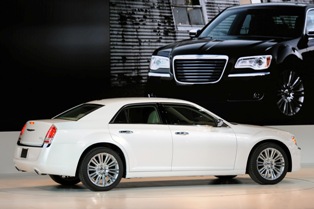 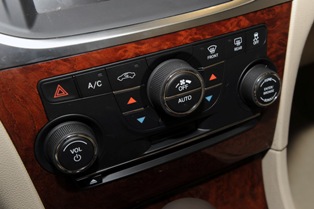 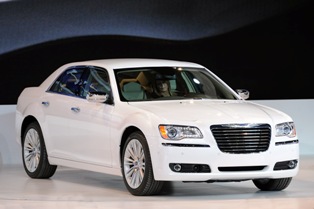