Another Prius was put on show at the recent Detroit Motor Show on top of its new addition the Toyota Prius V (for versatility) where Toyota put on show the Prius C Concept. The highly popular hybrid model got a new sibling although it might not be going into production like its V sibling anytime really soon but this surely is what they are going for in terms of design and looks if it is anything to go by. But sources revealed that the C would be produced next year, most likely in the first half.

Promised to be the most fuel-efficient hybrid and the most ‘value-oriented hybrid’ in the United States, this smaller model does not really need a plug for charging and keeps the standard Prius 5 door structure. It was announced as a coupe model or a hatchback but with 5 doors, it still looks pretty large and impressive. The current model put on show in Detroit is still the concept version so one can expect a more trimmed down model when it goes into production. In terms of design, the Prius C is somewhat an upgrade of the Toyota FT-CH Concept car which was put on show in last year’s show here as well and this one would most likely be closer to the production version.

Targeted at the young urban driver who prefers compact models, this is quite an ideal choice for shoppers wheezing around the city (thereby the ‘C’). These days, city driving has become quite a term in itself where cars are developed for that purpose. Traffic jams, short distance driving, shopping, going to work and the likes of that. If you are a young, city driver who likes an eco-friendly and fuel economy model, the Prius C could just be your choice here.

Toyota is holding out the Prius C to be the appeal for those who are after better fuel efficiency in their cars, very much like the current Prius drivers. This is with the current rising of fuel price globally which are making many drivers turning to hybrid and eco-friendly vehicles. The success of the Prius standard lies on this very reason and you can expect the C to come with the advanced state of the art technologies which are fitted into the stock model (which is also available in the upcoming V as well). 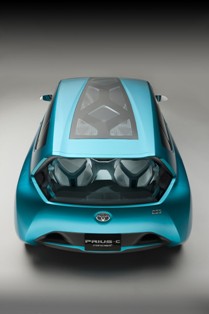 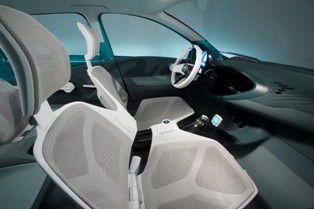 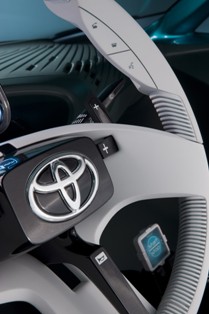 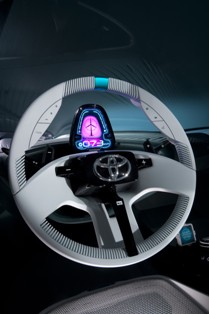