Japanese compact car maker Daihatsu recently announced that they will be discontinuing their widely popular Daihatsu Copen this coming August.

This would be the award winning model which saw Daihatsu cement itself as one of the major compact car players in the automotive industry where after 10 years, it is time to close the covers on the Copen which first came out back in 2002.

That year, the Copen won the Good Design Award and its current version is the 660cc model that pushes out 63 horses which comes wither with a 4 automatic transmission or 5 speed manual transmission gearboxes respectively. The Copen is the only convertible mini-car in the Japanese automotive market and the sole survivor in this segment after rivals like Suzuki and Honda discontinued their mini convertibles in recent years.

Despite the awards and the positive reviews from the industry, Daihatsu could not sustain the model in the last couple of years. A year after its launch, it rolled out 11,000 units but saw sales dropping badly where by 2011, they only rolled out some 2,000 units and to date, Daihatsu had only produced 56,000 units and to commemorate this event, Daihatsu will be launching a limited 10th-anniversary special edition where only 500 units will be products that come with special plates and fittings and will be available some time in the next few months. 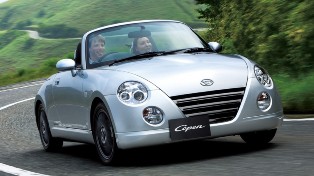 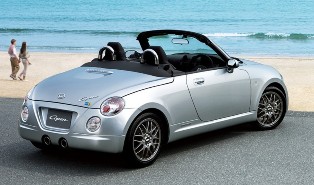