Seen recently at the Delhi Auto Expo is the first supercar from India, the DC Avanti. This is the brainchild of Indian design firm DC Design and shows just how far the automotive industry has come in the market there.

Amithabh Bachchan, the Bollywood film star did the honours of unveiling this new milestone where it is known as a home grown supercar which on paper might not be up against the likes of the Ferraris and Porsches yet.

The Avanti is a mid-engine vehicle which will be fitted either with a V8 or V12 version where it is a 2.0 liter, 4 cylinder EcoBoost engine tuned by Ford. This is where it gets to 240 horses power while plans are in place for an almost 400 horsepower Honda V6 engine in the near future.

The engine is paired with a 6 speed manual transmission gearbox while a dual clutch, 6 speed gearbox is set to be provided later. Pictures of this supercar looks very much like the earlier versions of the Ferrari (and in some cases the Honda NSX) and it is reported to take below 7 seconds to reach the century mark.

19 inch wheels are provided with rubbers wrapping them are the 255/35 in front and 295/30 on the rears. Brakes come through with the Bosch developed ABS while you also get SRS air bags and they are starting to sell this model where they have set up 5 stores in Delhi, Mumbai, Pune, Chennai and Hyberabad. 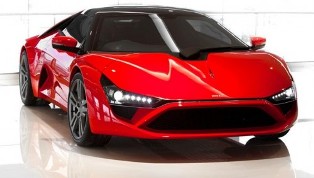 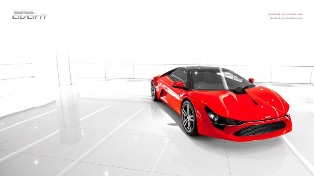