De Tomaso who? You might ask. It is an Italian luxury car manufacturer which was founded back in 1959 by Alejandro de Tomaso. The company had ‘disappeared’ for a while now after the company went into liquidation in 2004 but had continued to manufacture cars continuously. The company was given a new breathe of life when Gian Mario Rossignolo 2 years ago where they repositioned their brand and planned to build 3 new models which are made up of crossovers, limos and 2 seater sports cars. In fact, De Tomaso was one of the previous owners of Maserati where it rolled out the popular Biturbo, Kyalami, Quattroporte II and Chrysler TC.

So as one of their new efforts which might just shoot them back into the limelight they will be rolling out the new De Tomaso SLC Crossover Concept. This concept is designed by Italian design house Pininfarina and is set to compete against the likes of the BMW 5 Series GT. This is part of the whole repositioning plan that is to come from its recent €116million investment.
Apparently, the SLC is just a codename and it would be given a new name and personality when it is launched and would start selling at €85,000. Simply put, the SLC stands for Sport Luxury Car and will come with a crossover car personality. It will also come with 2 engine choices which is a V8 petrol powered engine capable of boosting out 550 horses as well as a diesel model that would get you up to 250 horses.

Apart from the BMW 5 Series GT, if the SLC gets into the market, it would most likely be competing against the other players like the Porsche Cayenne, the Lexus RX and the Acura ZDX. Plans are in place that De Tomaso will be rolling out 3,000 units of the SLC each year so this model might not stay in the concept segment for too long. Apart from contributing in design, Pininfarina will also be the ones responsible to roll out the De Tomaso vehicles through its Gruglisaco plant in Italy which have a 900 people work force complete with a paint shop, a final assembly line and a body shop. So keep your options open people, come Geneva a new old player will arrive 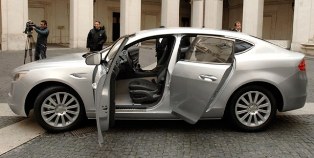 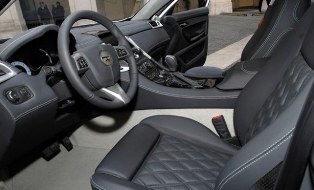 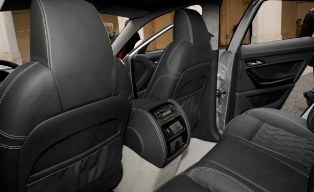 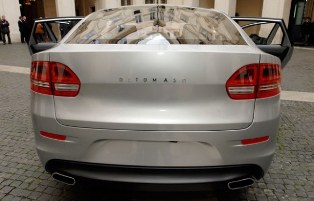