Red Bull Racing, last season Formula 1’s World champions in both the drivers and constructors’ categories has launched their new car for the upcoming season when it kicks off this coming March. And this is just merely under 3 months since Sebastien Vettel won the World Championship for the first time.

The new car, codenamed RB7 was launched in Valencia in Spain at the Ricardo Tormo Circuit where the first pre-season testing is being held. Christian Horner, the team boss said that getting to the pinnacle of motor sports have been very difficult and now that they have got there, and putting the number 1 on their new car, the challenge really is how to maintain it. And that is what they are hoping to do with the RB7.

Adrian Newey was the master designer of the new car and Horner said that applauded Newey and his team for having come up with the design in a relatively short time. Hence, the RB7 needs all the reliability and performance it can give as the next season will be a long and gruelling season as it is the longest one ever. Newey on the other hand said that the biggest challenge in the design of the RB7 was incorporating KERS which will also be used by the other teams like McLaren, Mercedes and Ferrari as well. 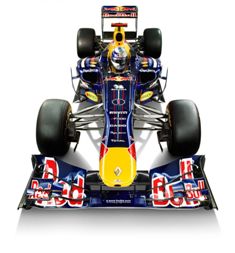