The upcoming Mini John Cooper Works GP is set to be the fastest Mini ever and they are giving it a limited run.

This cool and mean model, which was seen at the recent Mini United festival will only have 2,000 units built where it will be replacing the current John Cooper Works GP R53 as the fastest model.

The JCW GP will be available next year where it is currently in the testing stages. They have yet to release any information about the power of the car yet but it will surely be way more powerful than its predecessor which came with 218 horses. This model will be way faster and it has done so by doing its 8 minutes and 23 seconds lap at Nurburgring where the previous model needed at least 18 seconds more.

The design and colours are basically race-ready and it comes with the performance kit which means they have fitted in the adjustable racing suspension with matching tyres as well as an enhanced braking system. Apart from that, they have also given the JCW GP a new makeover and enhancements in the body where a roof spoiler, nice looking side skirts and front and rear aprons are some of the excitement here. 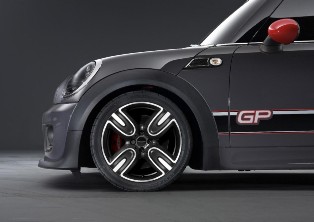 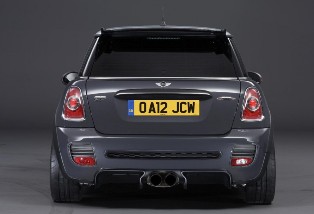 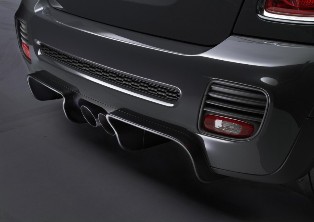