Italian automotive giant Fiat unveiled a surprise to everyone at the recent Geneva Motor Show 2011 when they rolled off their Fiat 500 Zagato Coupe which will add on to their current widely popular 500 series. Since the launch, there have been various spin-offs to the 500 and have been very well received since then. The downside to this is that it is now just a concept model and hence it will not be getting into production anytime soon, otherwise other players like the Mini might just have to be a bit cautious about it.

Named the “500 Coupé Zagato” this concept comes with a sporty and contemporary design having come off one of the most celebrated designers who worked with the Fiat Group Automobiles’ Centro Stile. The Zagato is not a new name though as it had already made its mark back in the 1950s when the company first showed their 500. This new design comes with the new ‘double hump’ roof on its 2+2 configuratin.

Measuring at 355 centimetres long, 163 cm wide and 149 cm high, with a 230 centimetre wheelbase, the TwinAir 105 HP engine which is placed below the bonnet takes the ‘fun to drive’ concept higher and its ‘turbo-matching’ engine which typically is an engine-turbocharger coupling system ensures that fuel consumption is more efficient as well as its CO2 emission levels. The engine boosts out 105 horses and is a revolutionary system which is debuted with this concept. CO2 emission is measured and recorded at 95g/km.

Their target market for this cool concept is the young and dynamic male driver but they are confident that it will also appeal to the female crowd considering their funky colours and fittings. On show on the concept is the Pop Yellow body colour while they also used the sporty ‘diamond’ seat inside the car. Styling wise, they used the yellow chamois leather and black natural leather which somewhat matches that of the outside and surely go on well with the younger segment of drivers. To top it off, they also used yellow chamois leather grips on the steering wheel. 17 inch wheel are fitted here as well their own ‘my-port’ multimedia system which can be used to connect to the modern and common mobile devices. Surely a car for the contemporary and one for the future this one. 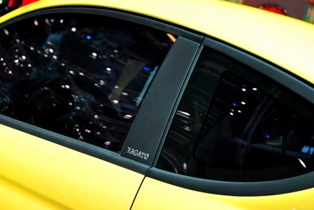 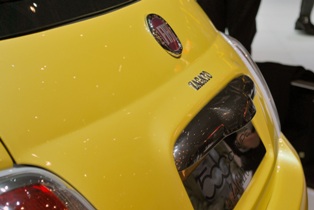 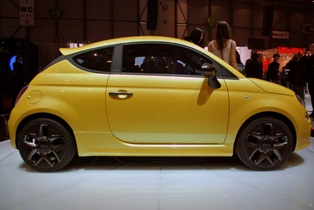 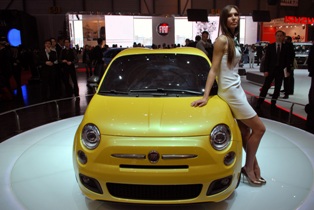