For a real taste of speed and performance, the BAC Mono would be quite the ideal choice as this is one model made by a group of British fanatics in this matter. The Mono will be sold for £79,950 and they are only going to be rolling out 50 to 100 units each year which is the maximum the company could go. So if you miss out this year, then you will have to wait until the next to get your hands on one of these speed machines.

Its name is inspired by Monoposto which means single seat and it is developed to offer the public road driver with the true formula racing car experience because it looks every angle like one. Having said that this means that the Mono is very much ready for the tracks as and when the situation arises. Neill and Ian Briggs of the Briggs Automotive Company came up with the idea of this car that would be powered up by a 520 horsepower engine, taking only 2.8 seconds to get from zero to hundred. It top speeds at 273 kph and will reach 200 in 6.7 seconds. So good is the performance of the car that it has a better power-to-weight ratio than the Bugatti Veyron.

So, the Mono is very much a car only for those who knows what you are in for and it comes through 15 years of experience in this industry including stints with Ford, Mercedes and Porsche where the brothers were very much in the design and engineering projects under the Adaptive Space umbrella. According to Ian Briggs, the Mono is pretty much the car they wanted to own but nobody else made, a dream of the siblings for 12 years.

The aerodynamics of the Mono were optimized using CFD where the company worked with Germany’s Stuttgart University and uses carbon fiber with a tubular steel driver safety cell. This is the material which is used and approved under the rollover protection system by FIA and one which is adopted in a typical Deutsche Tourenwagen Master race car. A 6 point racing harness by Willans are fitted on driver seat which also has a secure locket to keep the helmet as well as the detachable steering. Very much the Formula 1 dream in this one, isn’t it? 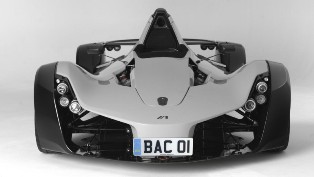 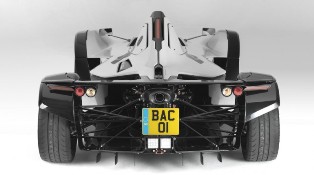