Ford had recently announced that they are planning to introduce 5 new electric vehicles by 2013 and the first to be launched would be the new Ford Focus Electric 2012 which is set to be sold in North America and Europe starting 2013. This new EV (Electric Vehicle) which is totally ‘fuel free’ which means that it will move only by electric power and will supposedly is more economical than its competitor and closest rival, the recently unveiled Chevrolet Volt.

According to Derrick Kuzak, the company’s Group Vice President for Global Prorduct Development, the new Focus Electric would be the first ever all-electric passenger car and this zero CO2 emission model would be the first small car of its upcoming plans of introducing eco-friendly models in the near future. He said that the Focus Electric represents the flagship model of their new electrified vehicles product line where they are looking to offer their customers with vehicles which are fuel-efficient or fuel-free.

Set for launch lat this year, the Focus Electric comes with a lot of anticipation from both consumers and reviewers in the industry with the rising fuel price and more demand for eco-friendly models. The car takes the baton from the widely popular Nissan Leaf in terms of recharging where a full recharge for the battery pack takes only 3 to 4 hours. The Leaf will require twice the time frame needed to be fully charged on a 240-volt charge station.

It comes with the latest state of the art technology and fittings, most notably the MyFord Touch driver connect system developed specifically for electric cars as wella st eh Myford Mobile application which allow drivers to control their vehicles through their mobile devices. It also comes with a Microsoft-powered value charging feature. The new Electric Focus will be manufactured through its Michigan Assembly Plant in the United States which also roll out the gasoline version as well. Plans for the European model is in place and they are still finalizing where they will be producing their models for the markets there. Unlike other EVs where performance and speed are somewhat compromised, Ford has taken great lengths to ensure that the car performs well where it gets to a top speed of 135km/h. It is also fitted with the handling system of the stock Focus which is what they are renowned for. Other standard fittings include 15 spoke 17 inch aluminium wheels, a push button start system and a 9 speaker Sony audio MP3 CD player. 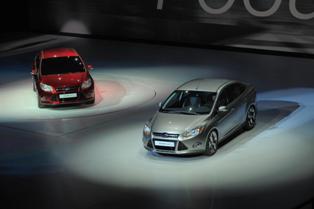 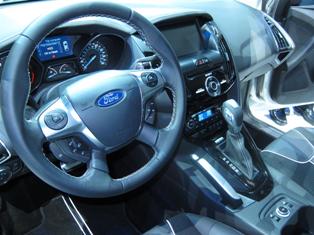 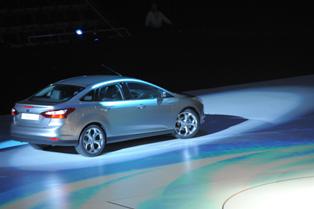