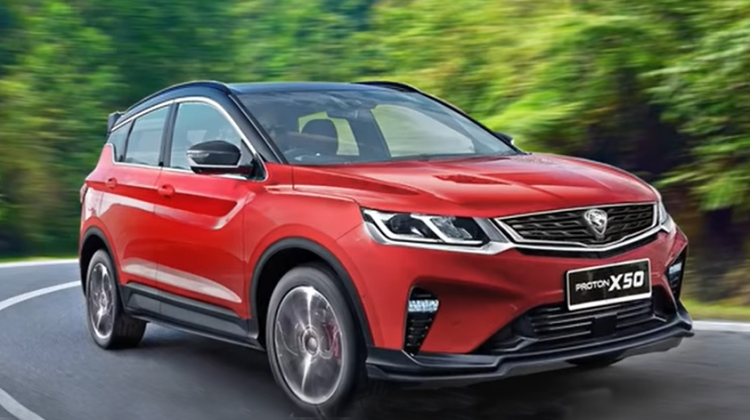 Geely Holding Group, the majority stakeholder in national carmaker Proton Holdings Berhad has ambitious plans for the company. Proton, as known to most people has been underperforming in recent years, losing its lead in the Malaysian automotive market it once held proudly.

In the last 10 years or so, Proton has been in the limelight for a lot of wrong reasons. From returning to an old branding strategy to changing the brand image, it was not until the takeover by Geely that Proton could have a more directed mission. In fact, Geely has announced big plans for the next 10 years. In 2017, Geely aimed to produce 400,000 cars in 2027 and to make Proton the leading carmaker in the country. this has since been revised and now, it aims to sell 1 million units in the next 10 years.

Geely and the new cars

In 2018, Geely sold more than 2.15 million cars around the world with 1.5 million coming from China alone. It is the first brand from China to go global since turning around the loss-making Volvo brand back in 2010. They are expected to carry out the same exercise with Proton.
The Proton X70 has been over-performing since it was launched in 2018. In fact, the sales figures don’t lie and it looks as if there is a revival hope for Proton with the X70. In the first quarter of 2019, Proton sold 18,500 which is about 43.5% increase from the same quarter a year ago. In fact, the X70 has been the top-selling SUV in Malaysia for 3 consecutive months. The performance increased Proton’s market share to 12.7% in the same quarter.

With 2020 coming around the corner, a lot has been going on and predicted about what’s next for Proton. The success of the X70 has boosted the brand image and the X50 is being mentioned. Gone are the days when Proton used names for their vehicles. While the name has not been confirmed, it is highly likely that X50, a smaller sibling of the X70 would be expected in 2020.
A lot of details are still being kept in wraps but it wold mostly follow the X70’s steps. Where the X70 is based on the Geely Boyue, the X50 would most likely be based on the Binyue. If that is the case, then it should come with the 1.0 or 1.5 liter engine. The Binyue comes with a hybrid version so nothing can be discounted as yet. One can expect the X50 to fall into the same segment with the likes of the Toyota C-HR, the Honda HRV, and the Mazda CX-3. The X70 is a CBU model with plans for a CKD version coming up later and rumor has it that the X50 could start as a CKD although nothing concrete has been announced yet.
Geely has also announced that the X50 is just the start of a wider range of models coming out from Proton in the next year or so with MPVs and sedans in the plans.