As reported earlier, Italian design powerhouse Italdesign Giugiaro joining Volkswagen had brought about 2 new models and the Tex was one of them as well as the Go! Concept which naturally is a futuristic MPV (Multi Purpose Vehicle). Both the concept vehicles were put on show at the recent Geneva Motor Show and if that is what the future design of VW cars would be like, this modern MPV would surely be an interesting people mover.

Both the Go! and Tex will be how the A0 segment Volkswagen would be like where the Go! shares the same wheelbase of the widely popular Passat which is 2,700mm. It is more of a hatchback model with a battery pack situated below the front and rear seats. The Go! and Tex were the result of a recent study conducted by Giugiaro and VW on who the future of their automobiles will look like. The Go! is what the company thinks that how MPVs would be like for urban areas which is why it is compact and small.

It is powered up fully by the VW’s own Blue-e-motion EV (Electric Vehicle) technology which they claim could go up to 150 miles fully on electric. It is designed using VW’s modular transverse architecture which is also the same platform used on the Tex. This is where it is able to fit in different types of engine types that cover plug-ins, internal combustion engines and hydrogen fuel cells.

One of the main highlights of the Go! is the large glass area which is aimed in allowing plenty of light to flow into the vehicle thereby giving the driver and passengers maximum visibility and video cameras are used to provide the surroundings to the driver. You will also notice that they have used rear doors which could be pushed outwards as well as the high seating configuration which means your sitting position is somewhat elevated. This door system is also the same one which ws fitted n the Milano Taxi which was displayed last May. Like the Tex, ergonomics is VW’s forte here as they have created a ergonomically designed and fitted to suit the driver in every area possible from getting into the car to driving it. The 4 seats here are independently and electronically adjustable where the rears could be folded down freeing up to 525 liters of space in the cargo. 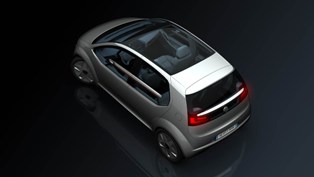 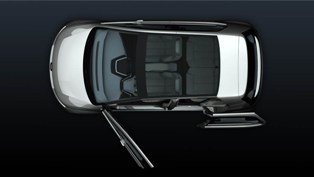 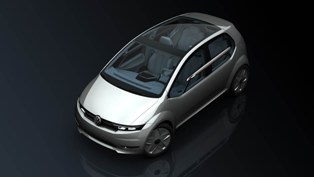 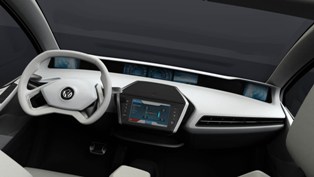