Great news for those of you who have been thinking about buying a hybrid car. The Prime Minister Datuk Seri Najib Tun Razak, when tabling the Budget 2012 had announced that the exemption of import duty and excise duty for hybrid vehicles will be extended until the end of 2013.

This means that the price of hybrid cars like the Toyota Prius and the Honda Insight will continue to be kept low until then. The exemption of such duties was originally until the end of this year and an extension of another 2 years will surely be great news as more Malaysians will be able to afford the cars and save money on petrol.

Since then, the sales of hybrid vehicles have been rising steadily which include the Lexus CT200h and with the new incentives and no change to fuel prices, one can now expect more models to come to our shores. Honda announced that with Insight taking the driver seat, they are looking to expand the hybrid product line by the end of this year. Meanwhile, Toyota also announced that they are encouraged by the new incentive and that would surely be a platform to consider assembling their hybrid models here. With that, surely the other manufacturers will be looking into bringing in their own hybrids too while Proton too has been reportedly in the works of coming out with one. 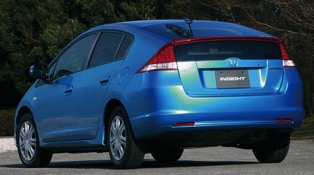