Honda Malaysia recently launched the new face-lifted Honda Accord which to the delight of the customers did not come with any increase in price. There are currently 3 versions of the Accord and with the new face-lifted versions, the price remains the same with the 2.0 liter VTi going for RM142,800, the 2.0 liter VTi-L going for RM149,800 and the 2.4 liter VTi-L model selling at RM172,800.

Well, as with most facelifts, the main changes are on the looks and design and the Accord surely have nicer fronts now with a new grille, bumper as well as a new chrome trunk lid at the back. On the 2.4 liter version however, they have also fitted a new 17 inch alloy wheel design as well. They have also made changes, although in some areas quite minor on the interiors and have adopted the jack-knife ignition key system.

If you visit the showrooms now, you will be welcomed with the new look Accords already and it comes with 5 colour choices, namely Crystal Black Pearl, Taffeta White, Polished Metal Metallic, Alabaster Silver Metallic and Celestial Blue Metallic the new colour. Inside the car, you will not notice too much major changes where the dashboards and its control knobs are pretty much the same as the previous design. The 2.0 liter versions have been given a new leather steering wheel where the VTi version gets a new leather gear knob too. This of course was only previously available on the 2.4 model.

Apparently, they have also worked on reducing NVH (Noice, Vibration and Harshness) with thicker floor mats now where the engine remains the same. It also comes standard across all models the variable intermittent wipers which was previously meant for the 2.4 version only. All models also come with standard dual frontal airbags, ABS and active headrests while the 2.4 version gets the VSA and side airbags which is pretty much the same as before.

Honda Malaysia is currently going on a photography exhibition called ‘The Journey of Ambition’ which is to show the Accord’s development. This show travels around the country and will be going to Queensbay Mall, Penang on 13 – 17 April, One Utama Shopping Centre, Petaling Jaya from 20 to 24 April, Epire Gallery, Subang from 25 to 29 May and Tebrau City in Johor Bahru from 21 to 26 June. 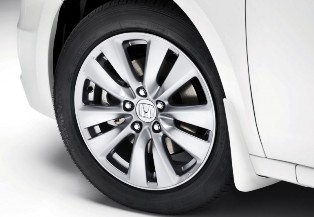 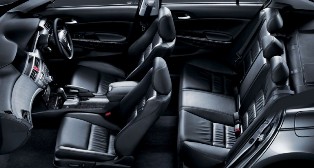 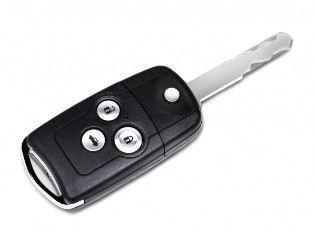