The compact car segment is growing in numbers and car makers are scrambling to show off their models and what they can do to capitalize the rising demand for smaller, easier to drive, practical and affordable models. Hence, Honda announced that they will be starting the production of their recently unveiled Brio prototype. The city car is Honda’s A-segment model where they are expected to compete against the likes of the Kia Picanto, Suzuki Alto, Hyundai i10 and perhaps the Perodua Viva.

The Brio concept was first put on show at the recent India Motor Show 2010 where it is supposedly their model positioned just below the Honda Jazz and City (which shares the same platform). It is way smaller than its bigger siblings where it is 3,610 mm long, 1,680 mm wide and 1,475 mm tall. In terms of this size, it is somewhat bigger than its rival, the Hyundai i10 although it is slightly lower.

At the moment, there is no confirmation on which engine the Brio will be powered up by but reviewers are expecting Honda to fit in the 1.2 liter SOHC engine which is a similar platform used for the higher Jazz and City models respectively while being paired with a 5 speed automatic transmission gearbox with an option for a higher automatic CVT transmission system. Some are saying that if Honda is to position it below the Jazz and City segment, then perhaps the 900cc engine could be more appropriate.

According to Honda, the Brio will start production in March next year through its Thailand plant while its India plant will also be rolling out the Brio the same year which will be made using 80% local material there. In order to fulfill the eco-car requirements stipulated by the Thailand government, the car would need to achieve less than 5 kilometers per 100kilometers in terms of average fuel consumption on the ECE R101 mode measurement cycle.

At the moment, the Brio is only targeted for the markets where it is produced (namely Thailand and India) but the company is said to be considering exporting the Brio to its surrounding markets. For a start, it would be sold in Thailand for around Thai Baht 400,000 which is about RM40,000. This means that it would be very affordable if it is priced around the price of a Proton Saga here but this is due to the incentives given by the Thailand government on eco models. No news on whether the Brio would make it to our shores yet but it would be go if it does. 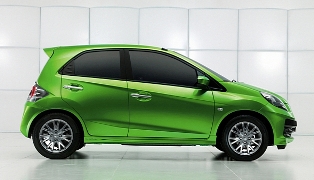 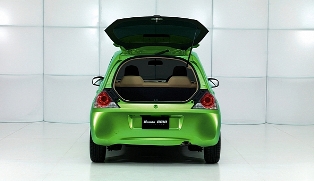 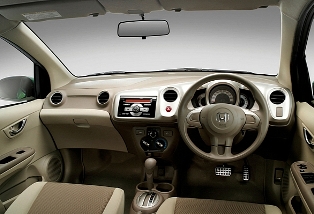 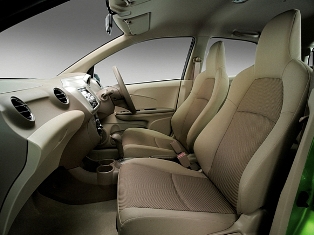