Skip to content
Auto.my – Car News & Classifieds
/
Honda Brio to be sold in Indonesia from next year, and seen in Malaysia recently

The Brio will be imported from its manufacturing plant in Thailand where the Brio is enjoying huge success there. Since its launch earlier this year, Honda had expected that the market will yield 40,000 units but due to the shortages that resulted from the tsunami and earthquake in Japan, they just missed that mark.

Now that the production levels are back to its normal rate, they can now expand their brands to other markets and hence it will be exported to Indonesia which will be priced about the same price as that is sold in Thailand. By the end of October, the Brio will be launched in India. But the big news is that the Brio could be making its way into Malaysia soon as there has been some who have seen the Brio in trailers on our roads. After all, Thailand is just a drive away. The hatchback version would surely be the most affordable Honda here if it is sold as the production cost is not too high considering that it would be a CBU unit from Thailand. Keep your fingers crossed, we might yet see a new hatchback in town. 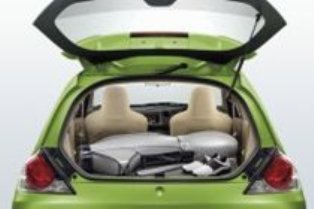