Everyone kind of likes or loves the Honda Jazz. This is because it is a nice looking and sporty car which is compact enough for the young and professional and yet spacious enough to start a family. In fact, the Jazz is unique in many ways including having its very own unique personality and has been quite a darling among Malaysians. And so, to ride on its popularity here, Honda Malaysia has launched the new facelifted 2011 Honda Jazz hatchback for our markets.

This would be a new and improved version of the current Jazz and the second-generation model now comes with a new colour, way more sportier looks with new curves, some changes in the cabin as well as better safety features. The current version has been around since August 2008 and since then apart from some minor cosmetic changes, nothing much have been upgraded. No price change has been announced which is a great news and it will be sold at its current price of RM109,800 on the road with insurance.

The new designed Jazz will be imported from its manufacturing plant in Thailand and this new looking beauty now comes with a new front grille as well as the new body colour called the Brilliant Orange Metallic which will be part offered together with its existing colour offered which are the Brilliant White Pearl, the Polished Metal Metallic and the Crystal Black Peral. The front grille has been given a new mesh design look while the bumpers both on the front and the back have been revised. Apart from that, the lights and fog lights too have been redesigned too.

Inside the car, you get a new colour scheme here while to complement the outer orange scheme you can pretty much see the uniformity in its air-cond controls and such. In terms of safety, it now comes with the new VSA (Vehicle Stability Assist) system which is standard apart from the airbags and ABS which have already been previously fitted. The engine is still the same with the 1.5 liter i-VTEC engine that gets you up to 120 horses mated with a 5 speed automatic transmission gearbox. Another nice touch here is the individual headrests for all the three seats on the rear as well as a full 3 point seatbelt for the passengers there too. 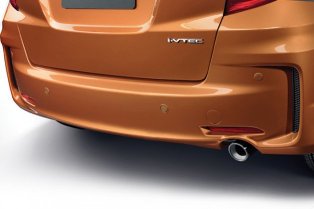 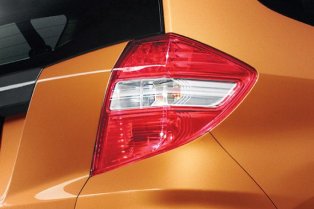