Skip to content
Auto.my – Car News & Classifieds
/
Hybrid cars registered after Jan 1 will get 3 mths free parking for in PJ

This is some really cool and good news for hybrid car owners as it has been announced by the MBPJ (Petaling Jaya City Council) that hybrid cars will get 3 months of free parking in Petaling Jaya.

This would be part of the initiative to encourage more people to buy hybrid cars as announced recently in the Budget 2012 but they have yet to announce when it will be enforced. The government recently announced that hybrid vehicles will be exempted from excise duty and tax which has been very well received with sales increasing steadily.

If you are going to be an owner of the hybrid vehicles like the Toyota Prius, the Honda Insight, the Lexus CT200h and the RX450h, you will be given a special pass where you will not need to pay for any parking in the public places around the city. This is because the incentive is only given for hybrids which are registered after January 1 next year. So for the current owners, the incentives are not offered to you. Watch this space as we bring you more updates as they come along as the details have yet to be finalized and released by the City Council. 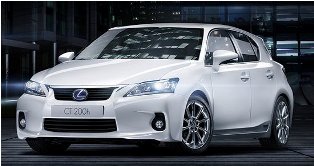