Seen recently at the NAIAS (North American International Motor Show) in Detroit is the latest concept car from Korea’s largest automotive company Hyundai when they rolled off the covers of the Hyundai Curb Concept. This cool looking model exuberates the future design language of Hyundai known as the ‘Fluidic Sculpture’ where they have brought upon a more youthful direction which quite obviously is aimed at the younger target group.

This compact crossover model is also called an ‘Urban Activity Vehicle’ and is the 12th signature concept vehicle to have come out from their California Design Center in the United States. The Curb comes with the same wheelbase with the already established Hyundai Tucson (which is 103.9 inches). It is however a smaller vehicle as compared to the Tucson which pretty much explains why it is targeted to the younger crowd.

By the looks of it, this concept will most likely not make it to production and even if it does, it would be a stripped down version but it would be a nice touch if the Curb gets to the roads really. After all, apart from testing if the target market would like this, the Curb concept was also supposedly the test machine for the Blue Link technology from the company and its connectivity system too.
Typically, this ‘armoured’ looking crossover was designed for ‘potholes’ and ‘nightclubs’ which according to Hyundai is built to be strong so that it is easy and good for city driving particularly with uneven roads and such. On top of that, it’s nice and modern design should also appeal to the urbanites who are out to hit the clubs as with a car that looks like this, surely it would be a star for a while.

Apart from the glass wraparound design style and its 22 inch, 5 spoke wheels it also comes with a touch door concept where to open the car door, you just have to drag your finger across the touch pad. And then there is the Blue-Link which naturally is a connectivity system that allows the passengers to have their devices linked up all the time. The Blue Link is also an information system which also includes navigation and allow for remote door unlock and lock, remote horn and lights, remote vehicle start and such. Apart from that, you also get diagnostics information, theft protection and many more through this technology. Now that surely tells you a lot about your future, doesn’t it? 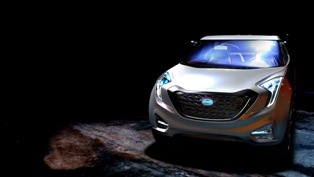 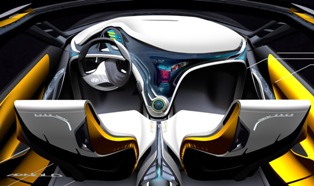