Infiniti Malaysia has just launched their latest model for the Malaysian market.

This is where you will be welcoming the new Infiniti EX25 which will be lowest priced Infiniti here where it is priced at RM325,000 not inclusive of insurance. The new EX25 will be adding in the current models brought in for our roads that include the M sedan and the M37h hybrid among others.

The Infiniti EX25 is essentially the crossover model where it comes with a 2.5 liter, 24 valve, twin cam V6 engine mated with a 7 speed automatic transmission gearbox which is the same drivetrain fitted in the Nissan VQ. This means that you get up to 218 horses which takes 9 seconds to reach the century mark.

Apart from that, they have also given the buyers 18 inch wheels which are moved through their own ATTESA E-TS or Advanced Total Traction Engineering System for All Electronic Torque Split AWD system while coming in standard is its own keyless entry and start system known fondly as the i-key as well as cruise control, 6 airbags, Bluetooth, xenon lights as well as their scratch shield paints. Available now at the Infiniti showroom in Chulan Square, owners will also like its front and rear parking sensors and its automatic lights and wipers in this one. 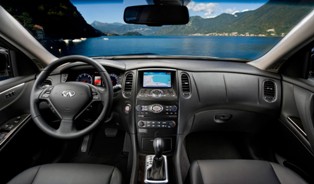 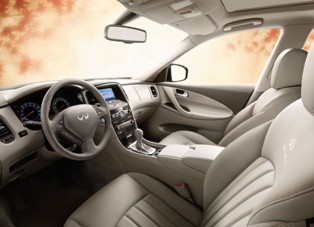