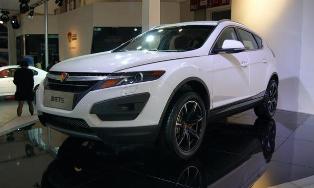 Following the warm reception of the new Proton Preve which many said to have been modelled after the Tuah which was designed by Lotus, pretty much anything that comes out of the Lotus brand seemed to be somewhat connected to Proton.

So when Youngman Lotus showed off the Youngman Lotus T5 which is typically an SUV, it raised some eyebrows and interests that this could be just what Proton’s first SUV might look like.

Although it carries a Lotus brand, the T5 is developed based on the Gen-2 platform. This one is a front-wheel drive pre-production model where they are planning for a four-wheel drive version in the future. The production version will start selling at the end of the year for the China market where you can choose between the 1.6 liter Campro CPS or the CFE turbocharged version. According to Datuk Seri Syed Zainal Abidin said that Proton is discussing a possible Proton and Chinese-British joint venture and if that is successful, the T5 might be Proton’s first SUV. For this, the Campro engines are built in China which is licensed by Youngman.

So far, there are still no confirmation on where the design came from and anything else but pictures show that they have certain similar design traits of the Proton Preve, so one can assume that they probably came out from the same design house. 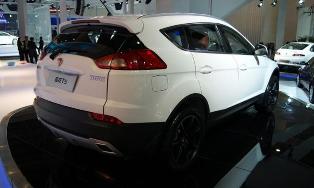