Jaguar is on course in developing the superfast C-X75 into a production car what with its revolutionary technology and setup which will give the Bugatti Cheyron a run for their money. It was put on show last year at the Paris Motor show and since then, they have got everyone upbeat with news that they will be pushing it into the production lines. And now it is set for reality.

Jaguar announced that they will be working with the Williams Formula 1 Team and it will be totally exclusive model where only 250 units will be made and sold around £700,000 to £900,000. Williams will be roped in to provide their expertise in the areas of aerodynamics, body build and the chassis. It will most likely be fitted with the 1.6 liter engine which will be supercharged, very much the one which must be used by F1 teams for the upcoming 2013 season.

As it is supposedly a superfast car, you can expect it to come with a 1,000 horsepower engine combined between the electric motors and the gasoline engine. This means that they are targeting for it to get from zero to a century in lesser than 3 seconds and top speeding at more than 320km/h.
The C-X75 will be positioned as an exclusive hybrid supercar where it will be the most advanced model to come out from Jaguar. Coming with cutting-edge technology, it will go up against the fastest production models in the market (as mentioned, the Chevryon). They are also working on this model which will have an ‘incredibly low’ CO2 emissions.

The design of the car is expected to stay the same as that which was seen in Paris then although they might be making some adjustments to the engine and where it is fitted. The collaboration with Williams will be a positive step forward for Jaguar where apart from technical expertise, they will also be creating more than 100 highly-skilled jobs in the production of this model. The main challenge is to produce the world’s highest performance car which is also environmentally friendly at the same time. 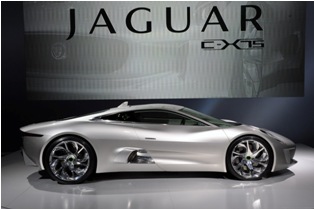 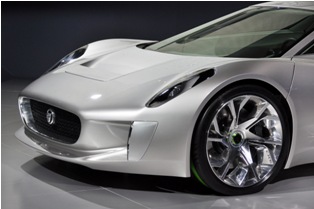 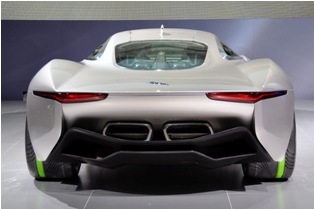