Jaguar showed off their new model recently at the Geneva Motor Show with their 2012 Jaguar XKR-S. This was done in conjunction with their 50th birthday where it is to kick start their new E-Type series of product following the overwhelming response to their C-X75 Concept model last year. It looks good, drives very well and perform excellently.

Jaguar announced that it will be the most powerful and fastest series production sports car to come out from their stable and will sold for £97,000 in the UK where they will start receiving bookings this coming September. when ordering opens in September. This will be the first of its kind from Jaguar to breach the 300 km/h segment where it is powered up by the 5.0 liter AJ-V8 engine that gets you up to 550 horses. It takes only 4.2 seconds to get from zero to hundred which Jaguar claims to also be its most agile model.

The XKR-S is the result from the feedback of its customers on its widely successful XKR model and now comes with a new body colour and its own Computational Fluid Dynamics system. It now comes with a new frontal design that incorporates twin nacelles, new side intake designs as well as a lower height. carbon fiber is used extensively where it makes the splitter and the center of the rear-wing.

Jaguar said that while the brand has long been associated with image, this new model is all about performance where it is moved by it 20 inch Vulcan lightweight forged alloy wheels. As mentioned, they have new colours to choose from including the Italian Racing Red and the French Racing Blue colours respectively. The AJ-V8 engine is in its third generation where the all aluminium quad cam system is both powerful and efficient with its SGDI (Spray-Guided Direct Injection) and DIVCT (Dual Independent Variable Cam Timing) systems respectively.

Inside the car, you will like its unique Jaguar persona with the Jaguar Drive Selector standing in the middle of the console and a leather-wrapped steering wheel which comes with some nice built in functions as well. Stainless steel pedals are used here as well as a 16 way adjustable driver seat too. Generally, you will not expect anything less to come out from Jaguar and with the new XKR-R, they are set to put the bar higher up for its competitors to catch up. 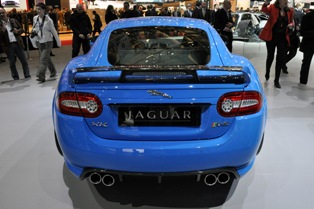 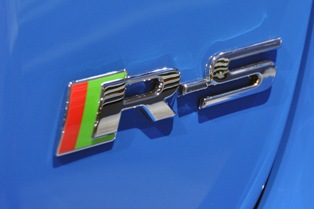 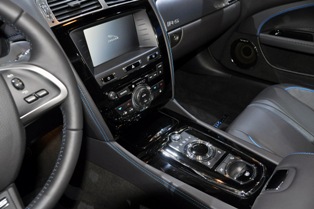 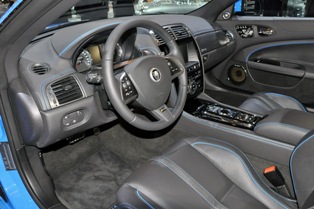