The auto industry is currently going abuzz over the currently on-going North American International Auto Show 2011 (NAIAS) where the players are putting up their best models on show. And one of the highlights of the show perhaps is from Korean car maker Kia where they put on show their nice, futuristic KV7 Concept which, after the recent Kia Soul, which is the company’s answer to box design vehicles, this would surely get people excited about.

If concepts are anything to go by, this could well make it into production after its earlier sibling the Soul as well as the widely popular Nissan Juke and looking at the pictures, you cannot but like what you see with its swivel chairs not only for some but for all passengers. Yes that means even if you are the driver, you get the swivel chairs as well, although one might not be too sure what its for.

Naturally, this car looks like a minivan but it is anything but one. It might not be too far fetch to say that the KV7 should be mass produced although there might be some parts which seemed like a wish too far. After all, it is still hard to imagine swivel chairs for the driver. Its gullwing doors too might be a bit out of place here but with a design like this, the future might be just near enough.

Embracing the ‘box’ design, Kia is reportedly using this concept to judge the feasibility of using LEDs for the exterior as well as for lighting inside the car. As with the swivel chairs concept, they are looking to position a vehicle that appeals to ‘socialites’ who would like to ‘hang out’ inside the automobile. Unless they have auto-pilot, one cannot see the reason behind having the function built for the driver, because after all someone has to drive the machine.

And then there is the “rear-corner mini-lounge” and also Wi-Fi enabled multi-user computer if you want to be connected online as well. Sitting under the hoods is a 4 cylinder turbocharged engine that is able to boost out some 285 horses. As mentioned, no news are confirmed if the KV7 will go into production but at the concept level, it surely looks too good to be true. Feast your eyes gentlemen and surely one can dream for now. 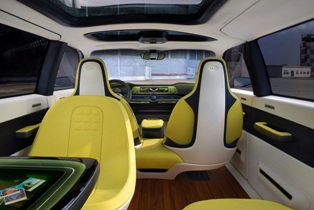 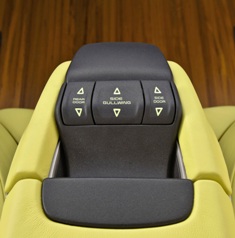 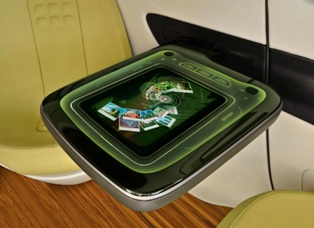 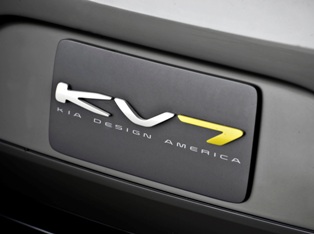