Malaysian distributor and assembler of Kia cars, Naza Kia who will be participating in the upcoming 2010 KLIMS (Kuala Lumpur International Motor Show) confirmed that they will be launching their new Kia Sorento at the show. This will be the latest model to add to the Naza Kia product lines for the local market and after rounds of speculation while there had been shots and images of the Sorento being spotted despite the model having its official launch.

According to reports, the 7 seater SUV will be launched here where they will only be selling one variant. This is where you will get the 2.4 liter inline-4 DOHC CVVT model. The engine is paired with a 6 speed automatic transmission gearbox where it gets you up to 171 horsepower and 226Nm of torque. While there is actually a diesel model, there are still no news of whether that variant will be brought into our market, so at the moment you would have to be content with the petrol version.

The new Sorento is naturally a 4WD enabled car and you get MacPherson struts in front while in its rear, you will get the multi-link suspension system, pretty much the demanded configuration these days. There are still no information about how much this model will be selling at so if you are interested, then KLIMS will be the best place to look.

In terms of safety features, as with most contemporary Kia models, you get pretty impressive additions as standard which includes a Hill Start Assist Control System, active headrests, ESC Stability Control, 6 airbags around as well as Downhill Brake Control System. This spacious car gets you more space where you can fold flat the second and third row of seats. The rear row’s configuration is a 50-50 split while you get a 60-40 split on the second row seats. Other standard features of this model include 18 inch wheels, the push-button start ignition with a smart key (which was widely marketed by the Kia Forte), an electro-chromatic mirror that plays what is seen by the 3.5 inch rear view camera and dual zone climate control for the front. Entertainment is channeled through the in-dash 6 CD changer that allows for iPod and USB connectivity while controls are mounted on the steering wheel. For more of the cool stuff, head out to KLIMS and you will not regret it. 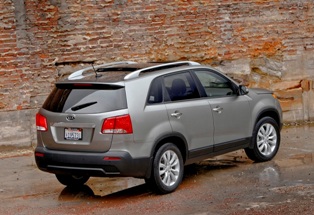 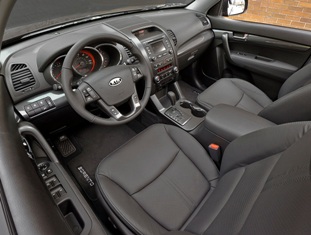 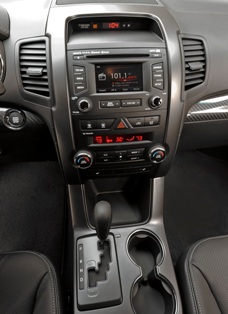 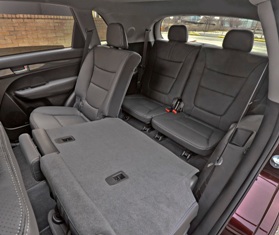