Koenigsegg recently showed off their production version of The Agera and The Agera R which is one of their fastest model yet. This would be their 83rd model and it draws its design inspiration using the Speed Racer theme which means what you get is a white coloured theme car. It seems that they will not only be content with a fast performance car but one which is functional too where they have included a Thule Roof Box.

This came in the wake of the pre-production model which was shown last year and after several upgrades and tests, they have finally come out with the one made for the masses. Since this revelation, reviewers and sceptics have been won over including one who gave it the “Top Gear Hypercar of the Year”.

This is, according to Koenigsegg that elevates into a completely new level and is made through the vision of Christian von Koenigsegg where they are looking to put forth a car which is performance oriented as well as comfortable and most importantly pretty. The name Agera is actually a Swedish word which means ‘to take action’. It is also a morphed word from the Greek word Ageratos translated to be ‘ageless’. How suitable!
Under he hood is the 197kg engine powered up through a 5 liter V8 bi-turbo engine which makes it the lightest and most compact hypercar engine int he world. This is where you get up to 900 horses running on normal petrol while when running on E85 bio fuel, you get up to 1100 horses. It is mated with a new 7 speed dual clutch transmission gearbox developed with Cima.

It also comes with Michelin rubbers which are specially made for the Agera. Inside the car, they have included the best possible quality material which include aluminium, alcantara and aniline leather as well as carbon fiber all within its minimalist design and persona. They have also include their own Configurable Instruments or CI which is also another specifically designed feature. This is where the interface is unique as per the driver’s requirements. As mentioned they have also given you a lot of space in this one and if that is not enough, there is the Thule Roof box made from carbon fiber. 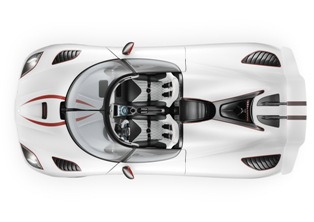 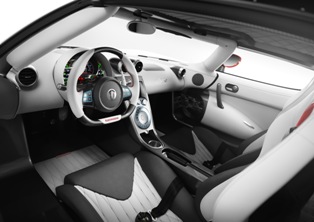 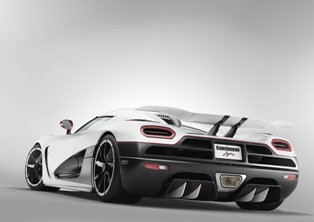