The Malaysian distributor of Land Rover cars, Land Rover (M) Sdn Bhd has recently announced that they have brought in the updated version of the Land Rover Freelander 2 which means you can now get the latest version of the Freelander 2 which was recently launched in the UK last year. This is where you will be able to get the 2011 year version which since last September comes with a new front design fitted with a new grille as well as new tail lights.

They have also added a new SD4 to its model name and now fitted with 19 inch wheels which makes it looks better, more aggressive and performs better as well. The engine is pretty much the same which is the 2.2 liter PSA sourced diesel engine which used to come with 160 horses. This is the same engine now paired with a 6 speed automatic gearbox and they have powered it up with another 30 horses. It also comes with the new ‘Terrain Response’ system which is designed to change the driving behavior to suit the different terrains. This means that the 4WD system, the throttle and the gearbox behaviours would be changing as the car goes through different types of surfaces.

The new upgraded Freelander 2 SD4 2011 is sold for RM271,888 in Peninsular Malaysia while for those in Sabah and Sarawak would have to pay an additional RM3,000. According to the company, they have also upgraded the Discovery 4 not too long ago where it now comes with a 3.0 liter engine replacing the older version which was at 2.7 liters. Well, not bad considering that you will be getting quite long list of additional systems like the DSC, (Dynamic Stability Control),the EBA (Emergency Brake Assist), the RSC (Roll Stability Control), the HDC (Hill Decent Control) and the ETC (Electronic Traction Control). With all this in place, you can rest assure that they have ensured that the new facelifted version performs to its best, giving you the most comfortably ride and most importantly value for your money. For those of you who have been following the news from Land Rover, you would also have heard about the widely popular Land Rover Evoque as well. The good news is, they are planning to bring in the Evoque so that would surely be something worth waiting for and looking forward to. 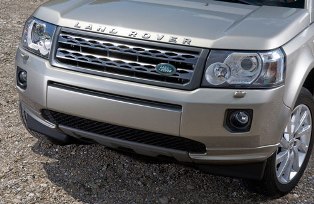 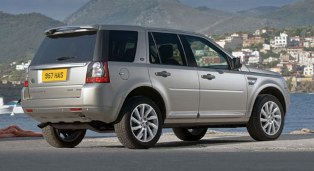