Toyota’s premium brand arm Lexus has released images and specifications of its up and coming Lexus LF-Gh hybrid concept which will have its covers off in the upcoming 2011 New York International Auto Show. This would be where the new GS would be heading towards which pretty much is what Lexus would be like then as well. The company has announced that they have adopted a ‘clean sheet of paper’ approach in designing the new model so that they are able to redefine the luxury grand tourer.

The new concept gets a new front end design in which it gets spindle looking grille that gives it a stanch and more aggressive look which is made for better aerodynamics. It also get a deep front bumper as well as LED headlights and L-shaped LED daytime running lights. All this combined would give the LF-GH its unique identity which as mentioned would be its future looks.

Apart from that, the design of the new car also gets you new front air flow inlets which are strategically placed adjacent with the LED fog lights which are placed vertically. Apart from that, the new concept will also be used to find out if it is feasible to enhance the overall sleekness and better aerodynamics by minimizing on door mirrors and handles which are usually adopted. It is also wider now and with measurements of 4,890 mm long, 1,870 mm wide and 1,450 mm tall, with a 2,850 mm wheelbase, it becomes an ideal model to fit in the wraparound LED tail lamps.

Ergonomics are the order of the day inside the cabin with the design being more driver-centric. It now comes with an analog clock and the driver is surrounded with easy to use and reach driving instruments all around. Apart from that, it is also fitted with 20 inch 5 twin spoke wheels where the front gets P245/35R tyres and the rears are fitted with P285/30R tyres. Also in case one forgets what you are driving, the Blue LED Lexux Hybrid Drive badges in front and at the back will constantly remind you. This, according to Lexus is the future before you. It gives you a balance of style and functionality as well as great performance while keeping the environment clean. 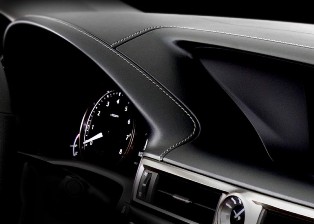 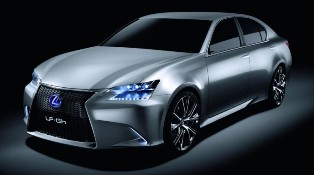 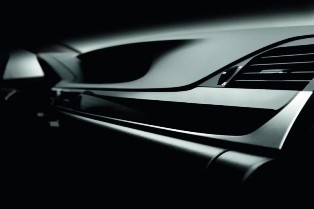