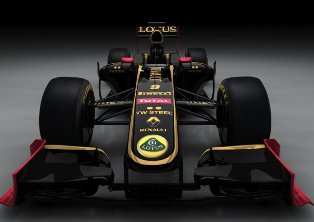 Proton’s Lotus Renault Formula 1 team is looking to this season to perform better after a disappointing one last time around. Eric Boulier, the team principal of Lotus Renault F1 said that the Renault outfit managed 163 points last season and with their latest partnership with Lotus, they aim to better that result. Proton’s Lotus acquired the Renault team for the 2011 season who finished fifth in the constructor’s championship last season.

With seasoned driver Nick Heidfeld and Vitaly Petrov behind the wheels, Boulier is confident that with their upgrades and modifications on the car, they would have a formula that could be challenging the top teams in the sport. They are looking forward to the first race to gauge how far and how well the team will perform and then work on from there. Heidfeld replaced Robert Kubica, who raced for Renault last year but is currently recovering from a horrific injury that nearly cost him his hand during a World Rally Championship race last month.

The Formula 1 World championship was scheduled to kick off earlier this month at the Bahrain Grand Prix but the curtain opener had to be postponed due to political unrest in the country. Hence, the teams are gearing up to start their campaign at the Australian Grand Prix in Melbourne later this month. The result of the Lotus and Renault partnership came about after Lotus pulled out of Datuk Seri Tony Fernandes’ Team Lotus (1Malaysia Racing Team) over branding issues. Renault who after last season confirmed that they are only interested to be engine suppliers in F1 possessed an ideal opportunity for Lotus.