Another Formula 1 team who showed off their new car is Lotus Renault where they unveiled their R31 for the upcoming Formula 1 World Championship season. The team was in Spain’s Ricardo Tormo Circuit in Valencia where Robert Kubica and Vitaly Petrov, the team’s drivers took the covers off the R31. Gerard Lopez and Eric Boullier, the team Chairman and Principal respectively were also at the launch. It will be interesting to see how Lotus, which is owned by national car maker Proton stack up against the big boys and if their ‘former partner’ Team Lotus would be able to mount any sort of challenge. After all, the 2 ‘Lotus’ teams have been at loggerheads over naming rights and such for a while now, so with that on hold, it would be interesting to see who wins on the tracks.

Lopez is the boss of Genii Capital said that the Lotus Renault F1 team wants to be competing in front of the grid this coming season which is their aim for the year. The most important challenge is to see how the team and drivers compete in their respective categories and they felt that they are well prepared for what is to come in the longest season in Formula 1 ever. Boullier said that the team had been working on the new car in the past couple of months where as compared to the previous model, the R30, they have used more than 92% new parts in this one. Last year’s HRT driver, Bruno Senna is part of the team’s third drivers which include Romain Grosjean, Jan Charouz, Ho-Pin Tung and Malaysia’s own Fairuz Fauzy who is currently racing in the GP2 series. 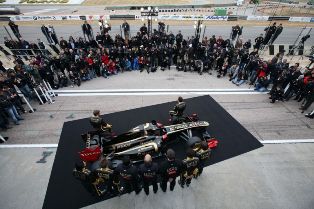 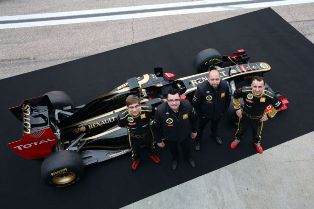 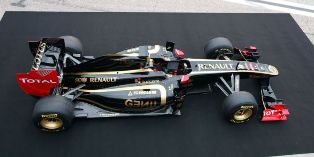