Yuji Nakamine, the General Manager of Overseas Sales Division of Mazda Motor Corp said that the company is currently considering a decision to export their cars which are assembled in Malaysia. This he said will include countries and markets in the Asean region where in certain emerging markets, the Japanese automotive company is trying to strengthen their production and sales structures.

He also said that while Malaysia has a ‘systematic supply network of component and parts, they are also studying other factors like cost, pricing, quality and localization of parts. The company has yet to come to a decision on that where there is no timeline yet but they do acknowledge that this opportunity would bring about enormous potential which they can surely leverage on.

He said this during the recent launch of the new Mazda3, which is the latest locally assembled model. Mazda Motor has had their first assembly plant in Malaysia back in 1968 but have discontinued their operations in 2007. They then moved on to use the assembly plant of Inokom in Kedah which is responsible for the rolling out of the locally assembled Mazda3. The new Mazda3 which was launched by Tengku Mahkota Pahang Tengku Abdullah Sultan Ahmad Shah is priced from RM99,374 to RM131,254 without insurance among the 4 variants. The launch also saw the rolling out of the MPS (Mazda Performance Series) which would be sold for RM179,895.20 OTR. Other than Japan, Malaysia is the only other country which carries this model.

He added that the programme for the knocked-down model of the Mazda3 was a step which was needed to help the company further their business growth in this market. This is the first such effort embarked by Mazda in the Asean region. He said that this would surely be favourable considering that despite the uncertainty of the global automotive market, the Malaysian market has been growing very well that expanded to 600,000 units. In addition to the current local assembly programme, he also said that they will continue to grow and expand its sales network here as well as allocating more resources. They have already established their mid-term initiatives framework where they are targeting to achieve their global sales figure of 1.7 million units for the year ending March 2017. 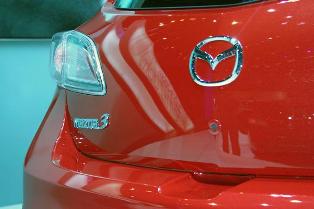 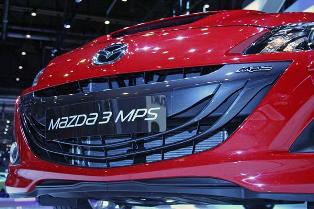 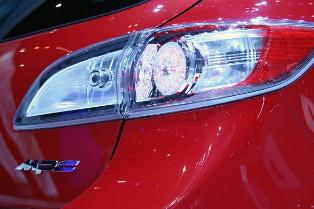 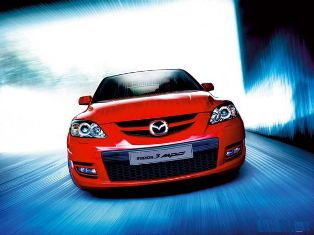