Mazda joined in the bandwagon when they put on show their own concept at the recent Geneva Motor Show where they handed out the very nice looking Mazda Minagi Concept. This is where they are pushing their new contemporary Kodo design language further which have quite been the buzz word for them recently. Mazda showed off not only their new concept but their SKYACTIV technologies as well. The significant element about this concept is that it gives one the impression of looking good which is quite a remarkable achievement.

Apparently, the SKYACTIV and the Kodo design language are what future Mazda models will be engulfed in. So it is no wonder that they have put in this new technologies into all the possible areas of the Minagi concept. The Kodo design language or ‘Soul of Motion’ was first seen at the Shinari and is now used in this one. Therefore the design elements used here aims to demonstrate how energy pulses through the vehicle with high agility and performance.

In designing the Minagi, the engineers took their cue from the cheetahs when hunting where its head is highly poised and its limbs on standby for quick change of direction. These were the very concept which the Minagi is designed at where the crossover SUV targets to be agile and quick. Calling it an urban-friendly compact crossover SUV, this would be the first Mazda vehicle to use SKYACTIV and Kodo.

On the cargo bay, the SUV is designed to resemble the car wearing a backpack with its chromed ‘signature wing’ on the front borrowed from the Shinari concept. Inside the car, Mazda adopts a driver-centric design with the cockpit somewhat faces the driver, offering control at arm’s length. According to the company, they have used the finest leather for its seats and door trim with solid metal components used for the door handles. No confirmation on whether the Minagi would go into production anytime soon, but looking at the images and reports, it seems that this concept is very much production ready so if Mazda decides to do that, they pretty much have a ready model in their hands. With the Kodo design language, Mazda pretty much have what it takes to drive their vehicles forward with very nice looking bodies. 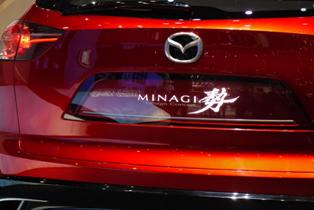 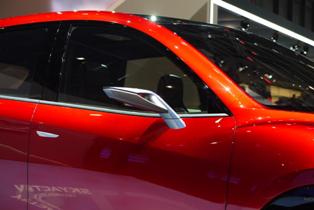 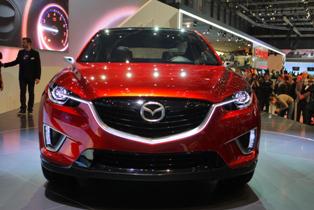 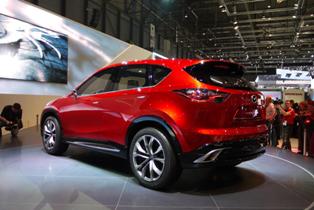